SCOTLAND’S Climate Assembly has announced the appointment of Josh Littlejohn MBE and Ruth Harvey as joint conveners ahead of its first member meeting this weekend (7-8th Nov).

Josh and Ruth will support the members of the Assembly to engage with the process and make sure their voices are heard.

They will work alongside the Stewarding group and the climate change experts in the Evidence group who will be responsible for ensuring the members are given the information required to answer one over-arching question – ‘How should Scotland change to tackle the climate emergency in an effective and fair way?’

The Assembly is organised by a Secretariat independent from both the Scottish Government and Scottish Parliament and has been backed by all five major political parties in Scotland.

It has recruited 105 demographically and attitudinally diverse members to be broadly representative of the Scottish population.

They will meet online for six weekends between November and March to learn, discuss and deliberate on climate change and the transition to Scotland’s net zero 2045 commitments before making recommendations to the Scottish Government in May 2021.

Josh is one of the world’s leading social entrepreneurs and campaigners having led a global movement to tackle homelessness and displacement.

He is the founder of Social Bite, which shot to fame in 2015 when Hollywood A-lister, George Clooney, visited an outlet in Edinburgh.

Josh said: “When it comes to climate change I think I am similar to a lot of people in Scotland and a lot of the members of the Assembly, in that I am very concerned, but I don’t think I know enough about it or what we can do to help, therefore I was very keen to get involved.

“I have been fortunate enough to work on various social projects, mainly based on homelessness, which have benefitted from amplifying the views of those affected, so that those views can be incorporated into effective policies – and it works!

Ruth has been the Leader of the Iona Community since June 2020, is a minister of the Church of Scotland and a member of the Society of Friends (Quakers).

Ruth has said: “At a time when democracy is under the magnifying glass across the globe I’m eager to learn more about the citizens assembly process as I hope it can offer an effective way for the public to be more involved in constitutional development.

“When people with different views come together there can be points of tension. My hope is that by supporting the process with people with listening and mediation background we can together ensure that the experience for all members is collaborative and constructive. Scotland has strong history when it comes to gatherings like these and I’m sure it will be an effective and worthwhile process.”

The joint conveners were appointed by Climate Change Secretary, Roseanna Cunningham, she said: “In Scotland we have a particular approach to policy-making, putting people at its heart and consulting, engaging and involving those who live here in decision-making.

“This collaborative approach is especially important when it comes to tackling climate change. Ending Scotland’s contribution to climate change must be a shared national endeavour that everyone is a part of and that leaves no one behind.

“The role of co-convener will therefore be critical to ensuring the assembly upholds these principles and, in appointing Josh Littlejohn MBE and Ruth Harvey, I am confident they have the skills and experience required to ensure Scotland’s Citizens’ Assembly plays a fundamental role in shaping our destiny.

“Scotland’s road to net zero must be one we walk together.”

In This Website, Enjoy To Playing Togel Singapore And Togel Hongkong Pools

How to stay safe when playing online casino games 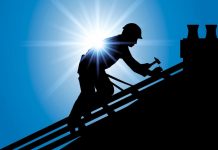 What to wear at Work during Hot Summer Days?