How can Bitcoin Affect Montblanc? 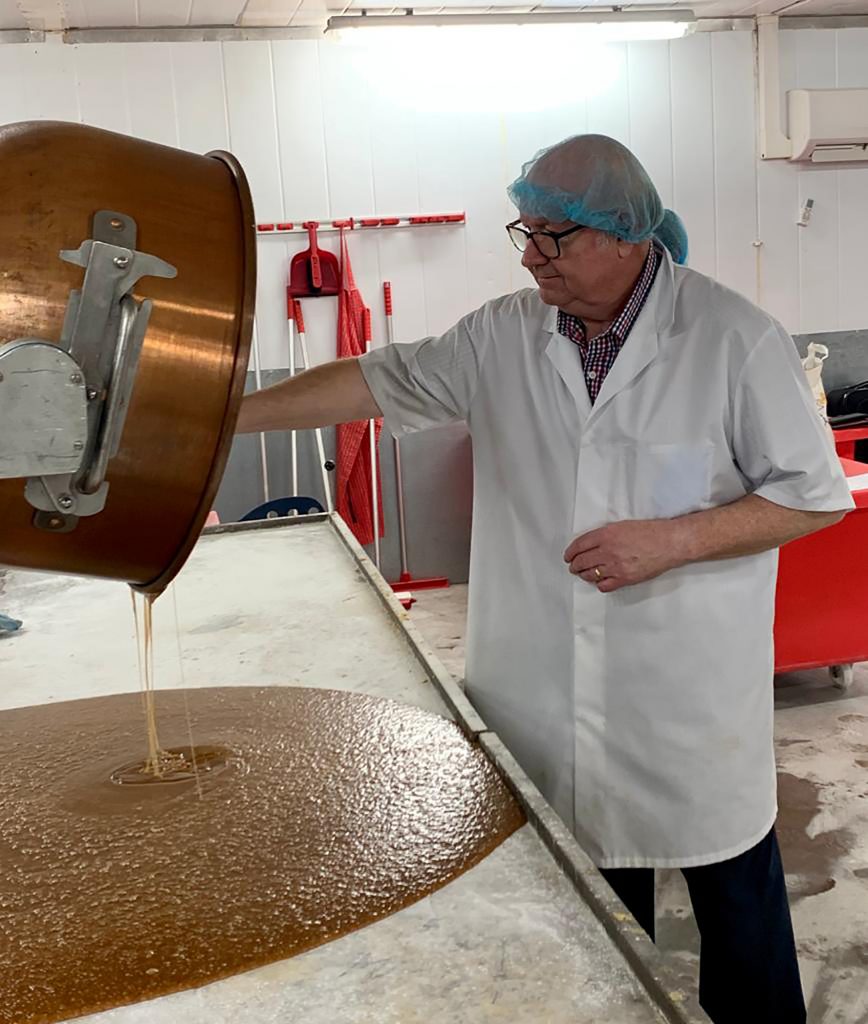 A CONFECTIONERY guru with 60 years’ experience has helped Mackie’s of Scotland create its first new chocolate bar to hit the shelves in six years.

The soon to be released “Orange” milk chocolate bar is the result of a brainwave courtesy of Derek Shaw, often regarded as “Dundee’s Willy Wonka” and famed for his Shaw’s of Dundee sweet shop and factory.

Derek, 73, had been tasked with helping the Aberdeenshire brand to ramp up its honeycomb production while maintaining unwavering standards, years after he first worked with the family firm to create its own honeycomb based on traditional techniques.

It was during this visit an idea struck him, inspired by his early experience and knowledge of the Victorian technique of preserving the flavour of citrus fruits by infusing zest and oils within sugarloaves.

He realised Mackie’s had a perfect opportunity to infuse honeycomb “dust” (a by-product after grading honeycomb shards for its ice cream and chocolate) with natural oils from oranges to create a “truly special ingredient”. 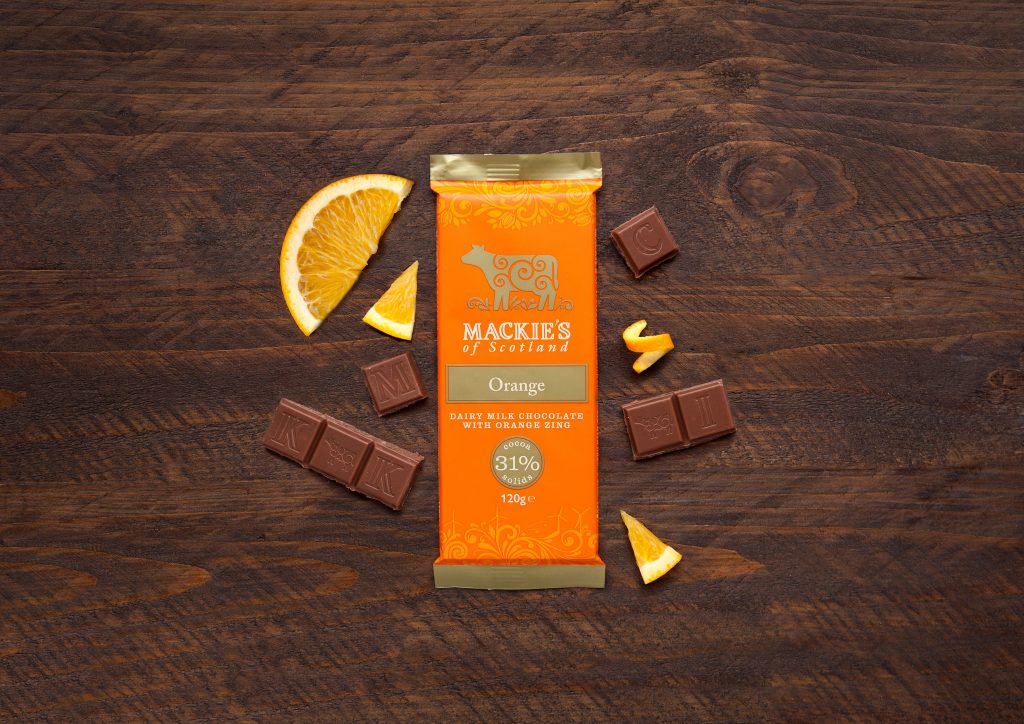 Derek said: “When I was a boy at my first job we developed a knack for flavouring honeycomb, which was rare then and even more so now as it is really tricky to get right. The tiny fragments that Mackie’s produces is absolutely perfect for taking on the intense orange flavour from the natural oils.

“The idea just hit me when I was up there on a visit – and the Mackie family were really up for trying it out.

“Natural oils always work best and after some trial and error we used an oil from vibrant Jaffa oranges. Unlike most orange-flavoured chocolate, it tastes incredibly natural, just like the real thing. It takes three days to fully infuse, but it’s well worth it.

“Mackie’s has done an amazing job of keeping the quality into full production – the samples I’ve tasted have been absolutely top-quality. We’ve taken a Victorian process and fully modernised it to create something unlike anything else on the market.”

Derek started his confectionery career aged 13 as an “odd jobs boy” at Margerum’s in his native Gravesend, Kent, before becoming apprentice at 15, eventually marrying the company owner’s daughter Gloria, with whom he now has two children and four grandchildren.

Derek moved to Dundee (where he still lives) in 1981 to work for the famous Keiller’s factory, before opening Shaw’s in 1989. He is now “semi-retired”, while still working with major brands like Mackie’s of Scotland, driven on by his love of confectionery.

As it neared final trials, early into lockdown, Mackie’s staff working from home joined in the taste test to give their feedback, with each individual was posted a delicious “survival pack” of chocolate from the factory trials.

Kirstin Mackie, Development Director at Mackie’s of Scotland, said: “We’ve worked with Derek for many years now and he helped us to develop our own “honeycomb”, which is similar to cinder toffee and puff candy – and is the flavour ingredient in our most popular flavour after our original Traditional flavour.

“He has an amazing mix of creativity, passion and an unmatched experience in confectionery. It’s a real honour to work with him.

“We’re thrilled with the new flavour and can’t wait for it to hit shop shelves in the coming weeks.”

To find out more about Mackie’s, please visit: www.mackies.co.uk