Docker is a very intuitive platform. However, you need to know what commands and processes to use.

There are a lot of great commands and Docker registries that you need to learn. It is important to do your due diligence and master them effectively.

You will find Docker is much easier to learn than Java after you get started. The following overview should simplify things.

Determining if Your Docker Works

To test if Docker works properly, we can use the command docker run. The syntax of the “run” command looks like this:

This command will execute commands within a Docker container. The option <Image Name> is pretty self-explanatory. It denotes the name of the image (e.g. hello-world, apache, nginx) which should be started and executed as a container. This is great for rapid application development.

Now execute the following command in your command line:

When you execute this command, the image “hello-world” is downloaded. After the download, the image is executed as a container.

You will receive a confirmation that the installation was successful. You also get the text “Hello from Docker!”, along with other options and command examples.

At this point, you have just started your first container with the image “hello-world”.

This quickly raises the following question:

What other images exist besides the one that outputs “hello-world”? This question is answered by the so-called “Docker Hub”.

The Docker Hub is a directory that lists all available community images that are available for download. You can also upload your own Docker images and share them with others.

Here are some of the most popular Images from the Docker Hub:

You can download base images for your Docker Containers from the Docker Hub. But what exactly is an image and what can you do with it?

Docker Images – What can you do with them?

Images play a central role in the Docker interface. They are used for containerization and other essential processes.

The Docker command is specific and tells the Docker program on the operating system that something needs to be done.

Finally, “nginx” represents the image from which the container is executed.

Now, let’s look at how we can use the nginx image available in the Docker Hub to run the nginx web server on our computer. We can do this by running the following command on the command line:

To display the image list on your system, you should use the “docker images” command:

This command displays all images that have been installed.

From the output, you can tell that the server (more precisely my local Windows machine) has two images installed:

These attributes apply to every image:

The rmi command can remove Docker images. Let’s take a closer look at this command:

There are many more things you can do with images. For this tutorial, these basic commands for images should be enough.

If you’re interested in the topic, check out other Docker tutorials or take an online course. Among other things, you’ll learn how to create your own images with a docker file and then run them as containers on any system.

Managing containers – The most important docker commands for containers

Containers are docker image instances that can be executed with the run command. Docker’s primary purpose is running containers to execute code more efficiently. Therefore, we will take a look at the most important Docker commands used in container management and a typical container lifecycle to illustrate them.

You need to understand the Docker lifecycle before you can start using the platform effectively. You need to know that each container in Docker has a lifecycle, which can be explained as follows:

You will be able to navigate the Docker interface much more easily after you understand these commands. 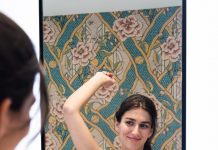 Do natural deodorants work right off the bat?

How to Choose a Forex CRM for Forex Business 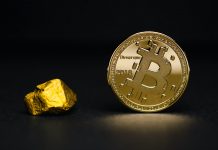 Best Platforms to Trade Your Bitcoins