POLICE have launched an investigation after horrifying footage emerged of a McDonald’s bouncer body slamming a man to the ground and leaving him “unconscious” in the street.

The disturbing footage was captured outside the restaurant on Donegall Place in the centre of Belfast.

The incident, which took place last night, was streamed over Facebook Live and later shared on Twitter.

As the video begins, the doorman is seen scrapping with the man in the doorway of the restaurant.

The bouncer delivers a kick to the back of the unknown man’s legs causing him to crumple to the ground.

He quickly gets back to his feet and the two stand off, throwing punches at each other. 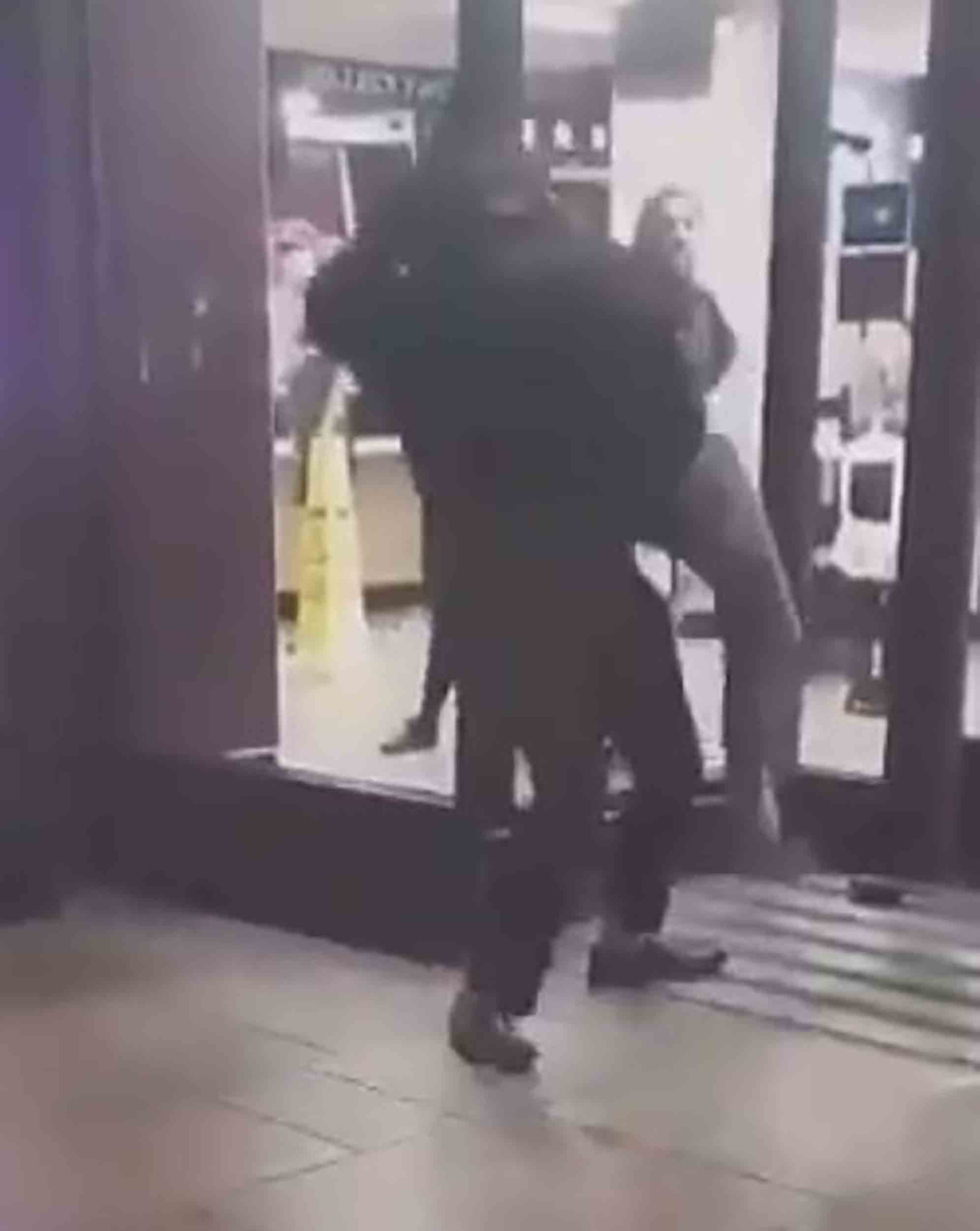 A woman who is filming can be heard saying: “Jesus Christ come on to f***, serious” and imploring the men to stop while they grapple with each other.

The bouncer then manages to get the upper hand and lifts the man high into the air, before ferociously slamming him into the ground.

The man lands with a sickening jolt and appears to be knocked unconscious.

The camera woman screams out: “Ahhh! He is knocked clean out.”

The bouncer then picks up the man’s limp legs and pushes him away from the doorway of the fast food chain.

Another woman can be heard shouting: “That’s his head!” as the clip ends.

The clip was shared on Twitter by @DuncsSweatband and has since been viewed more than 22,000 times. 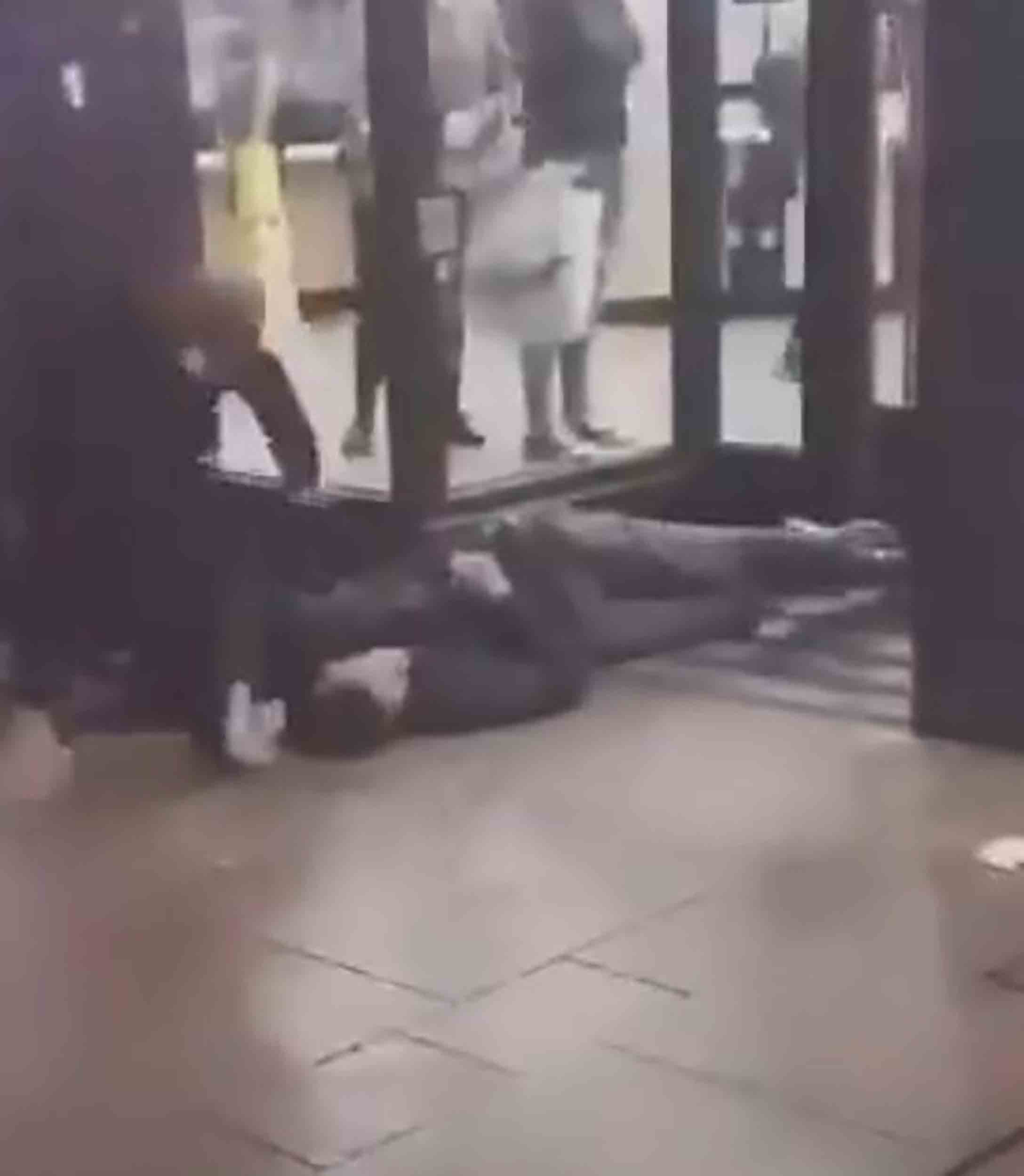 @wfcleon said: “No chance the lad is still kicking about after that, brutal.”

@mancbast commented: “Jesus! Someone could have been killed.” 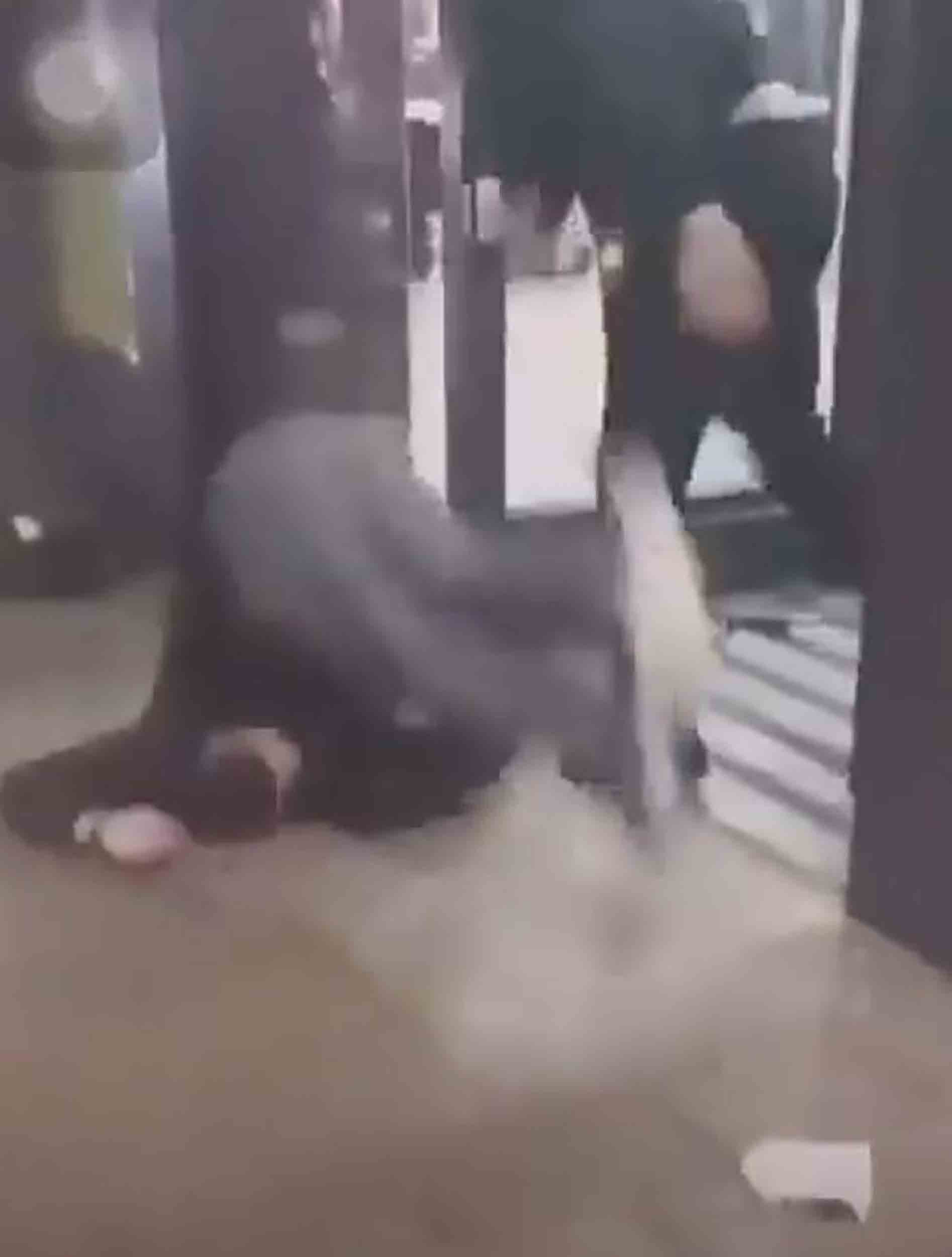 “The altercation was reported to have taken place at around 5.50pm after a security staff member asked a customer to leave the premises.

“A man aged in his 20’s was arrested following the incident, then subsequently released on bail, and remains in hospital receiving treatment for a head injury.”

A McDonald’s spokesman commented: “We can confirm that an incident took place outside the Donegall Place restaurant on Monday afternoon.

“The PSNI were called and we are assisting the police with their enquiries.”

Stunning rural property with its own bespoke slide leading to the children’s bedrooms on market for £875,000