It’s getting to that time of year again. Christmas trees are popping up in people’s houses and the streets are glowing with festive lights.

There are iconic spots in cities, known across the world for their Christmas decorations. Where did this all begin? And where can you find these famous festive spots?

Christmas baubles are a staple part of getting ready for the holidays. However, it took centuries to shape the ornaments we see today.

Decorating a home with evergreen is a tradition that stretches back to the Ancient Egyptians.

The ‘modern’ Christmas tree’ originated in Germany in the 16th century. These trees were decorated with candles, berries, and nuts for church plays.

This tradition spread over Europe. Queen Victoria and her German-born husband Prince Albert were pictured with their decorated tree, and this is when it became fashionable.

Fast-forward to the present day and people are obsessed with decorating their home for Christmas.

Did you know that in the UK the average household spends £77.90 a year on decorations? Some people put their decorations up as early as October.

Though for some, it isn’t truly Christmas until the iconic tree at Trafalgar Square is switched on.

There are also famous window displays in London: Liberty of London and Harrods. They draw in thousands of visitors to marvel at the decorations.

Across the pond in America, people go big during the festive season. One of the most famous Christmas trees in the world is outside the Rockefeller Centre.

Live entertainment is set up around it, as well as an ice rink. You’ll recognise it from countless holiday films, such as Elf or Home Alone 2. It’s just not the tree that gets recognition in New York City.

Galeries Lafayette is an upmarket department store. It’s almost the French equivalent of Harrods or Macy’s, so you can bet that it goes all out at Christmas time.

This year they’ve wanted to make it even more special. They have designed displays to delight adults and children alike, and the Christmas tree will be bigger and better than ever.

It is hoped it will spread joy for the people of Paris.

Last, but by no means least, we have the iconic Christmas tree found in Rio De Janeiro. It is the world’s largest floating Christmas tree and you’ll find it at the Rodrigo de Freitas lagoon.

The switch-on is an event within itself as guests are treated to a spectacular firework show.

No matter how old you are, there’s still something pretty magical when you start spotting signs of Christmas. When do you start decorating your house for Christmas? 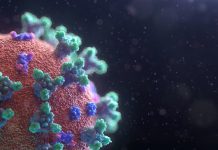 How To Tell If Your Symptoms Are Serious 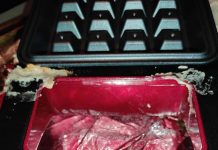 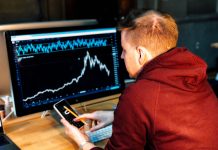 What Software Do Forex Traders Use in South Africa?