BUSINESSES and projects in rural Scotland are set to miss out on part of a £1.283 billion funding programme next April following the UK’s exit from the EU.

The LEADER programme is part of the Structural Funds, and is designed to invest in local projects and enterprises, and drive economic and social changes to communities across the nation.

The Scottish LEADER Programme invested more than £63 million from 2014 to 2020, while benefiting 1,034 projects and aiding over 2.25 million people.

One such area is Tyne Esk, which has invested more than £3.4 million in funding for its target communities in rural East Lothian and Midlothian over the six year programme.

Tyne Esk LEADER has contributed to the creation of 62 new jobs across the two regions helping 42 different rural organisations over the six year period.

Acting Programme Co-ordinator at Tyne Esk LEADER, Angela Lamont, said: “The funding is absolutely critical for rural areas and the prospect of losing the volume of funding next April will be catastrophic for the organisations affected.

“Not only does it allow businesses, third sector organisations and community groups much needed funding, it also acts as a lynch pin for other investors to pitch in which can amount to more than what LEADER contributes. For the £2.42 million we’ve invested, the match funding has been £3.49 million, or for every £1 invested it’s £1.44 attracted in.

“Through our work we have been able to create new jobs, increase tourism numbers and provide important local infrastructure.”

Tyne Esk LEADER has provided grants of up to £200,000 for projects. One benefactor of the funding was Cousland Smiddy near Dalkeith, Midlothian, an early 18th century blacksmith’s shop still in operation today.

The smiddy required parts of the premises to be renovated, and in conjunction with Historic Environment Scotland [HES], LEADER was able to provide £20,000 of funding for the historic building which has had a working blacksmith since 1703.

Sheena Irving, Chair of Cousland Smiddy Trust, said: “Receiving funding and project support from Tyne Esk LEADER enabled us to gain match funding from Historic Environment Scotland and the essential permissions for the listed building works to be carried out.

“The final result allows the smiddy to continue as a working space for the tenant farrier as well as being easily accessible and safe for all visitors to experience the craft demonstrated in its authentic setting. Delighted with the results.”

“Had it not been for the match funding and combined efforts of HES and the LEADER scheme this restoration would not have been undertaken, and it is relatively small projects like ours which will suffer most from the lack of funding.” 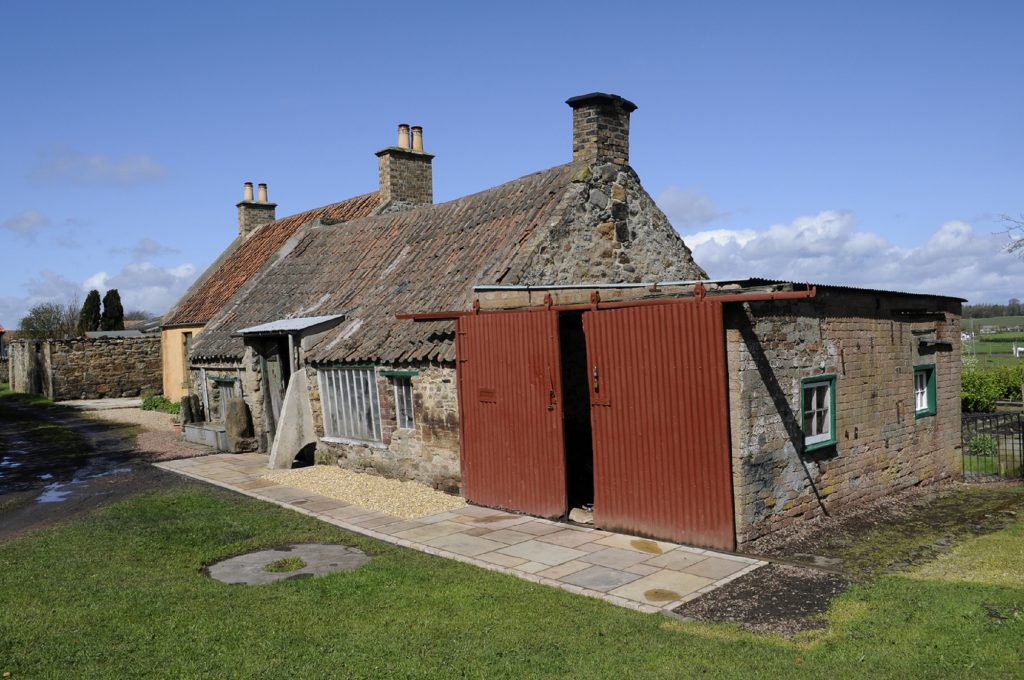 Each programme is a six year process, with the latest coming to an end in April 2021. A replacement Shared Prosperity Fund has been proposed as an alternative by the Scottish Government, but has been rejected by Westminster.

The UK Government has opted for an initial proposal of £220 million for a pilot scheme in 2021-22, while intending to support the scheme with a further £1.5 billion in 2022-23, which is to be divided to rural authorities throughout the UK.

Angela is worried the Westminster proposed alternative will not be enough for businesses who require more funding.

She said: “The pilot year planned is going to be extremely difficult for a number of businesses, and some may fold because of it.

“Combined with the desolation of the Covid-19 pandemic, businesses need all the help they can get and this withdrawal of funding will hit them twice as hard.

“The fear is this new pilot scheme will take a lot of time to set up, and with the anticipation this level of funding will be divided throughout the UK, instead of Scotland it may be too much for some businesses to cope.”

The programme will come to an end in April 2021, with all projects to be completed in line with the closure by the end of 2020.

Neighbourhood of the future to officially launch in Dundee