A MOTHER has shared a hilarious photograph of her daughter’s Christmas list to Santa – including it’s very rude spelling mistake.

The parent, who wishes to remain anonymous, was taken aback after reading her seven-year-old’s first draft of the letter and spotting an X-rated addition.

The carefully handwritten message read: Dear Santa, can I please have a magic c***.”

The mum, from Idaho in the US, couldn’t stop laughing after realising that her little one was trying to spell “magic cookbook”.

After realising her spelling mistake, the young girl started again and managed to complete her Christmas list, without any explicit additions.

Her mum posted photographs of her Santa letters on Facebook on Tuesday writing: “My daughter’s first draft didn’t go as planned…

“7yo: Goes quiet and looks at the paper all confused for a minute

“7yo: immediate meltdown “I messed up my letter to Santa! In PENNNNN!

She added: “On a side note, Momma’s letter to Santa is ready to go!”

The post has attracted thousands of likes and hundreds of comments from humoured parents.

One woman wrote: “Omg. This is priceless. Thank you.

Another social media user wrote: “Can I get a magic c*** too” alongside several laughing emojis.

One woman wrote: “This is a big part of why I love kids.”

And one person commented: “I love her innocence.”

The little girl’s amended list read:  “Dear Santa, may I have a magic cook book with a bit of your magic in it please and magic spises.” [sic]

She also included a new dolly,  an iPhone, a unicorn, an “invisibility cloak” and a “clean house” into her finished list.

And added that she would like “Barbie with a beautiful gold dress and a boy Barbie to marry her and have two little baby girls.” 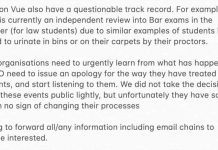 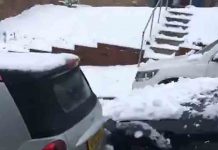 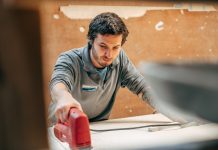