THE UK’s largest independent brewery has offered all of its venues to the UK and Scottish government to be used as immunisation centres for the Covid-19 jab.

BrewDog’s offer has already been picked up on by Nicola Sturgeon, who said she would pass the suggestion to her vaccination team this morning.

The Aberdeen-based beer company says it already has many of the configurations required to set up an immunisation centre.

Watt, 28, explained online: “Hi @MattHancock & @NicolaSturgeon, we would like to offer our closed BrewDog venues to help with a quick roll out of the vaccine. For free.

“We have waiting areas, huge refrigerators, separate rooms for vaccinations and an ace team who can help organise.

The First Minister almost immediately responded to Mr Watt’s Tweet, writing: “Thank you. I’ll pass this on to our vaccination team.”

The offer has been praised by social media users.

@rovoshock wrote: “Well done! Great idea. Can we get a beer while we wait?”

Smain64 added: ” Great idea! I’ll do a few extra shifts in the bar in exchange for a cheeky beer?

“To be drank after the shift, not during of course.”

England from today will have around three quarters of its population under fresh lockdown measures as coronavirus cases across the UK continue to surge.

Yesterday, the Oxford-AstraZeneca vaccine was approved for use in the UK and will be rolled out from Monday.

The new announcement of the vaccine approval means a further 50,000,000 people living in the UK can now be immunised.

Yesterday over 50,000 people tested positive for coronavirus with another 981 people losing their lives.

The Scottish Government said it had nothing further to add to Ms Sturgeon’s comment. 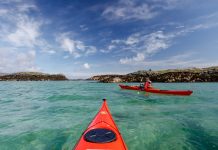 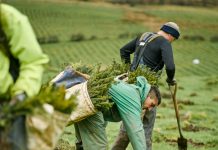 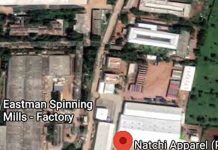 FASHION retailer H&M are being boycotted after one of their factory workers in India was “raped, poisoned and killed”.