SAINSBURY’S has released its results for the third quarter, including Christmas, saying it had delivered a “strong” performance.

The supermarket said it expected full year underlying profits before tax to be £330m compared with previous guidance of £270m.

Sainsbury’s said it had been an unusual Christmas for customers, with smaller turkeys and alternatives such as lamb and beef selling well.

Many customers treated themselves to premium Taste the Difference products such as vintage champagne, party food and desserts.

The supermarket said there had been a strong digital performance across the business with groceries online up 128 per cent and total digital sales up 81 per cent, making up 44 per cent of group sales.

Sainsbury’s said it delivered 1.1m online grocery orders in the 10 days before Christmas.

CEO Simon Roberts said: “As we enter our third phase of tighter restrictions and national lockdowns, my number one priority remains keeping our colleagues and customers safe.

“The last few months have been really tough for many people and we are all dealing with a lot of change and uncertainty again.”

Mr Roberts said the company made a strong start to delivering its Food First plan.

“I feel really proud that Sainsbury’s customer satisfaction scores were the highest ever in the key Christmas week,” he said.

But Sainsbury’s warned in its online statement: “The impact of the pandemic on sales, colleagues and costs adds additional uncertainty to our financial outlook for the remainder of the year.

“However, after forgoing business rates relief of £410 million we now expect to report underlying profit before tax of at least £330 million in the financial year to March 2021.” 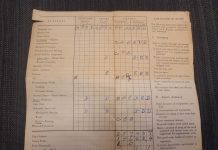