Thomas Dawson, originally from Ayr, was snapped flexing his skills on Larbert Lake in Falkirk during the spell of freezing weather that hit the country last week.

His picture was taken by student photographer Shiona Macarthur Young, who had no idea who her subject was until she posted the images online.

The photos show Thomas, who now lives in Falkirk, gracefully gliding on top of the frozen pond on Wednesday.

Dressed in a warm puffer jacket, the 1964 Winter Olympics competitor can be seen circling the lake with his arms folded behind his back.

He cuts a solitary figure against the thin winter sun, which streams down onto the ice as he circles the pond.

The incredible images were made all the more special to photographer Shiona after she discovered Thomas’ backstory.

The pensioner was part of Team GB and competed in two events at the Winter Olympics in Innsbruck, Austria in 1964.

He was sponsored by a Scottish business man to live in Finland for a year prior to the games to train with Finnish National speed skating team.

Speaking today, she explained: “I had taken my husband to A&E at the Forth Valley Royal Hospital after a fall and I couldn’t go in because of the restrictions.

“I was waiting outside and I decided to go and take some pictures, so it was just by complete chance that I saw him.

“You could tell he was a skater, it was amazing to watch him.

“I got his permission to take the photos, but I didn’t think to ask his name.

“I posted them online and then was really surprised when I found out that he had been in the Olympics.

“I’ve since emailed the photos to his daughter-in-law, it’s nice that I have a story behind them now.”

Lesley-Anne Cooper said: “How cool is this?” 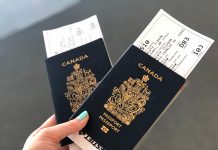 Avoid Scams on Your Way to a Canadian Visa 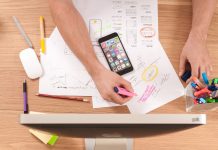