“Some of my finest hours have been spent on my back veranda, smoking hemp and observing as far as my eye can see.” – Thomas Jefferson

The drug, Epidiolex, contains a purified form of CBD derived from the cannabis plant and is approved for the “treatment of seizures associated with Lennox-Gastaut syndrome or Dravet syndrome, two rare and severe forms of epilepsy.”

Secondly, the drugs Marinol and Syndros contain synthetic THC (dronabinol), and the drug Cesamet contains nabilone (a synthetic compound similar to THC). They are used to treat nausea and vomiting caused by chemotherapy. Finally, dronabinol is also used to treat weight loss and appetite loss in people with HIV/AIDS.

Cannabinoids and the endocannabinoid system

The website, www.shopbotanist.com describes cannabinoids asa “class of chemical compounds derived from hemp and cannabis that interact directly with the cannabinoid receptors found throughout the endocannabinoid system (ECS).”

The discovery of the endocannabinoid system relatively new. In 1988, a government-funded study at the St. Louis University School of Medicine discovered that the “mammalian brain has receptor sites,” known as cannabinoid receptors, that respond to cannabinoids. And these receptors have turned out to be the most abundant type of neurotransmitter receptor in the brain.

The two most famous cannabinoids are THC and CBD, both found in cannabis plants. CBD is mainly extracted from industrial hemp, while THC is largely extracted from Cannabis Indica strains. As an aside, it is the Cannabis Sativa strain that contains high CBD levels.

It is perhaps interesting to note that not all cannabinoids are derived from the cannabis plant family. Many other plants consist of cannabinoids or cannabinoid-like substances. Some of these plants include the Electric Daisy, cacao, hops, black pepper, Echinacea, and Kava.

The endocannabinoid system’s role and function in the human body

The fundamental role that the endocannabinoid system plays in the human body is to maintain health, wellbeing, and balance. Without the engagement of this system, the human body would more than likely not recover from any illnesses or an inflamed wound.

In other words, according to curepharmaceutical.com, the “endocannabinoid system is a molecular system responsible for regulating and balancing many processes in the body, including immune response, communication between cells, appetite and metabolism, memory, and more.”

It is essential to understand the critical concept of homeostasis or any process or reaction that the body uses to maintain a stable internal environment. The maintenance of this inner balance is crucial for the body to survive. Ergo, disturbances in this balance or physiological equilibrium led to ill health, including symptoms such as arthritis, cardiovascular disease, obesity, glaucoma, epilepsy, and obesity.

The cannabinoids found in the Cannabaceae family of plants bind with the cannabinoid receptors in the endocannabinoid system to improve and modulate the brain’s neurotransmission functions. Brain neurons communicate with each other by sending messages from one neuron to the other. These messages are responsible for coordinating and regulating everything that we think, feel, and do.

In order for these messages to move between brain neurons, they need to jump between the neurons across a small gap known as a synapse. When THC or CBD is ingested, these cannabinoids attach themselves to the brain’s endocannabinoid receptors, improving the communication between the neurotransmitter receptors, improving their function and the role they play in the body, and, finally, reducing the harmful effects of severe diseases like epilepsy. 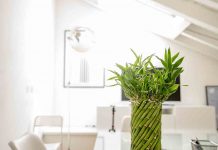 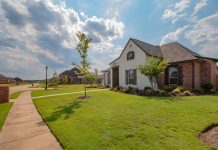 Selling Your House Without a Real Estate Agent In 2021 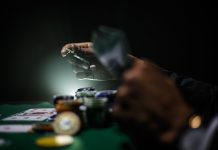