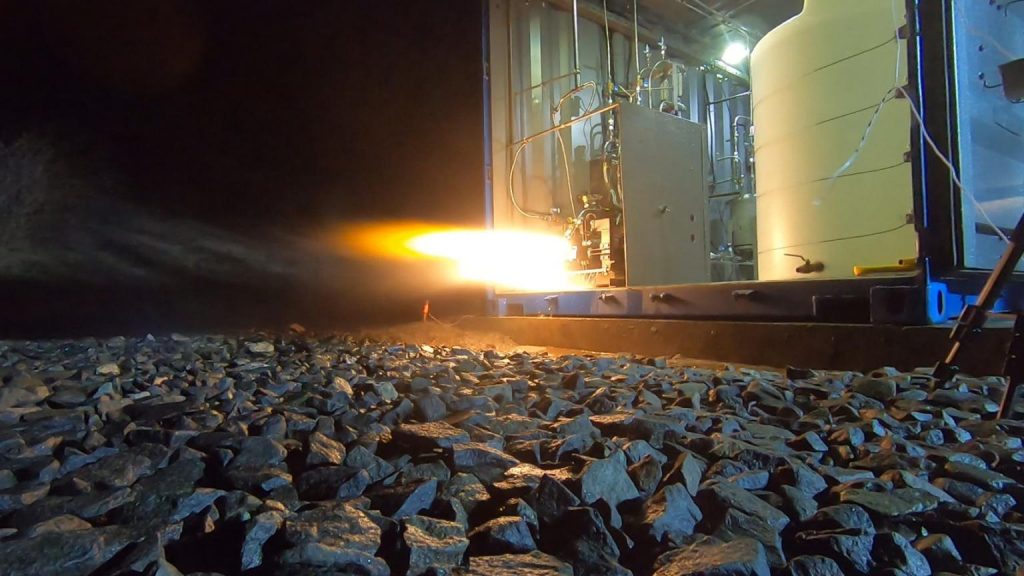 Skyrora has revealed it has conducted successful trials of a ‘space tug’ which can play a key part in ensuring the UK becomes a world leader in tackling the issue of space junk.

The Scottish-based rocket development company believes the Orbit Transfer Vehicle – part of its Skyrora XL rocket due to launch in 2023 – could clear debris, reposition satellites and remove defunct satellites from orbit.

In the week that the UK and UN sign a historical agreement on space sustainability, Edinburgh based Skyrora have thrown their support around the initiative.

The company recently showed its own commitment towards a sustainable space industry with the launch of its space tug, which is one of many initiatives that will allow the government to meet its goals.

The announcement comes after a directive was signed this week between the UK Science Minister and the UN to agree a new approach to sustainability in space, as well as equipping authorities with the power to act against firms responsible for creating space junk.

The agreement commits the UK government to a series of events and outreach efforts, ultimately aimed at promoting the Guidelines for the Long-Term Sustainability of Outer Space Activities (LTS Guidelines).

Those guidelines ensure “the conduct of space activities indefinitely into the future”, an ability now under threat from the growing cloud of space debris. Developed and published by the UN Committee on the Peaceful Uses of Outer Space, the voluntary rules had come under criticism for their lack of enforcement mechanisms. However, with the UK now actively endorsing the guidelines, there is to be increased awareness and prominence within the industry.

Skyrora is already establishing itself as a key innovator not just in the UK space race, but in ensuring it places space sustainability as a crucial element in its planning and company vision.

It has developed a new way of launching satellites without damaging the environment as well as creating an eco-friendly fuel that ensures the UK has the most environmentally friendly space industry in the world.

The latest chapter in its investment in sustainable technology – and signalling another crucial milestone for the entire UK space industry – is the successful test on an innovative “reignitable” rocket engine or space tug, capable of manoeuvring once in orbit.

The test – at its engine development facility in Fife – involved a full mission duration static fire test (450 second burn over three firings) of the upper (or third) stage of their orbital-class vehicle, Skyrora XL.

Skyrora now believes this provides for a full mission-ready Orbital Transfer Vehicle (OTV – or space tug) that can perform a number of in-space missions once it has delivered its payload.

This includes tackling the issue of space junk by removing redundant space objects from orbit. There are around 34,000 objects above 10cm in size in Earth’s orbit that would be considered space junk – 3,000 of which are redundant satellites. Moving at around 10km/s, these objects could produce debilitating damage to operational satellites or even the International Space Station.

And as we see increasing numbers of constellations being placed into orbit, with the likes of OneWeb and SpaceX planning on sending thousands of satellites up, then as those numbers grow, so does the demand for a vehicle that can make multiple stops and functions in space without the need for multiple launches.

Skyrora CEO, Volodymyr Levykin, said: “Our goal was always to be mission ready once all the regulations and permissions were in place, and this development not only brings us closer to that point but also takes us beyond simply launch readiness.

“It’s important to show that even in these challenging times we are still a nation that continues to innovate and take the lead in some of our most lofty ambitions.

“We aim not only to conduct efficient launches from UK soil in the most environmentally friendly way, but ensure that each single launch mission has the possibility of conducting the level of work that would have historically taken multiple launches. With this approach we enter a whole new level of efficiency with full consideration of environmental impact taken into account.

We are delighted that members are discussing these matters in Parliament on the 4th February and expect due attention to be made given and further action to be taken to adapt the regulations to reflect the UK’s commitment to sustainability.”

Last January, the company achieved the first ever eco liquid-fuel rocket engine ground tests take place using their own Ecosene fuel derived from unrecyclable waste plastics that would otherwise be disposed of in landfill. The fuel itself emits around 45% less greenhouse gases and is particularly suited to cope in the Scottish weather.

And Skyrora have also pioneered a bespoke Mobile Launch Complex which allows them to never leave a footprint when launching. All launch infrastructure is carried in containers, even their mobile erector, where the launch vehicles takes off from, not harming any land environments.

Mr Levykin added: “We have found a way to not only sustain our operations in orbit, but also clean up the way on how we get there.

“Thanks to our Ecosene fuel and our Mobile Launch Complex, we are not just committed to playing our part but we are committed to being responsible and responsive to the on-going threats of global climate change. This is the right way to go forward.”