ONE million adult Scots are plagued by nightmares that started in childhood, according to research.

Falling, being chased but unable to run and being trapped in a confined space come next in the list.

Work-related nightmares made up 10% of nightmares, with victims terrified about being unprepared for a meeting or exam.

The research suggests 14% of Scots have developed a phobia as a result of their nightmares.

And more than a third say they are sleeping less and having more nightmares following the tragic and disturbing events of 2020.

The research was carried out on behalf of computer game firm Bandai Namco to tie in with the launch of a a new game called Little Nightmares II. 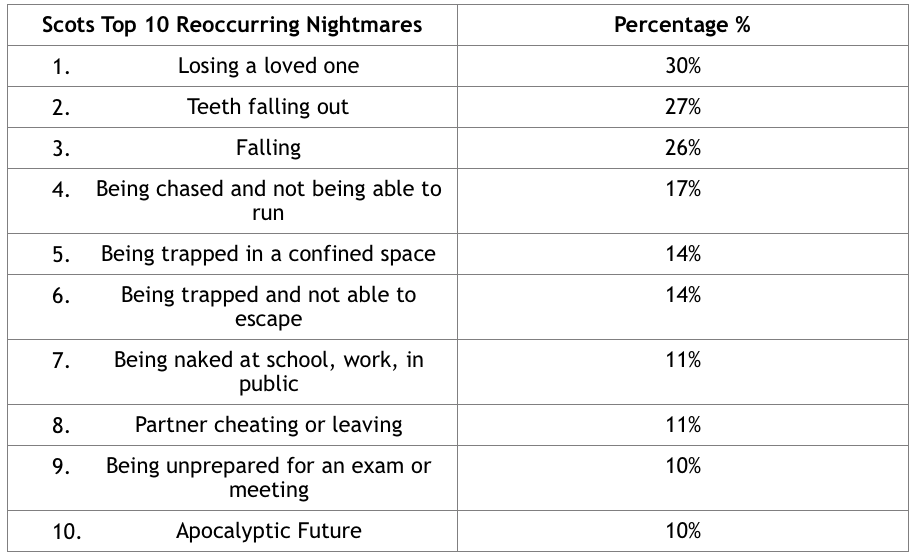 The research also looked at how Scots dream – and the results also appear to be heavily influenced by the Covid-10 pandemic.

A quarter dream of going to the pub, 61% of socialising with friends and family and 51% of giving someone a hug.

Dream Psychologist Ian Wallace, said: “It’s not surprising that nightmares are so prevalent at the moment as people have had a lot more time on their hands to over think and are constantly surrounded by negative news. 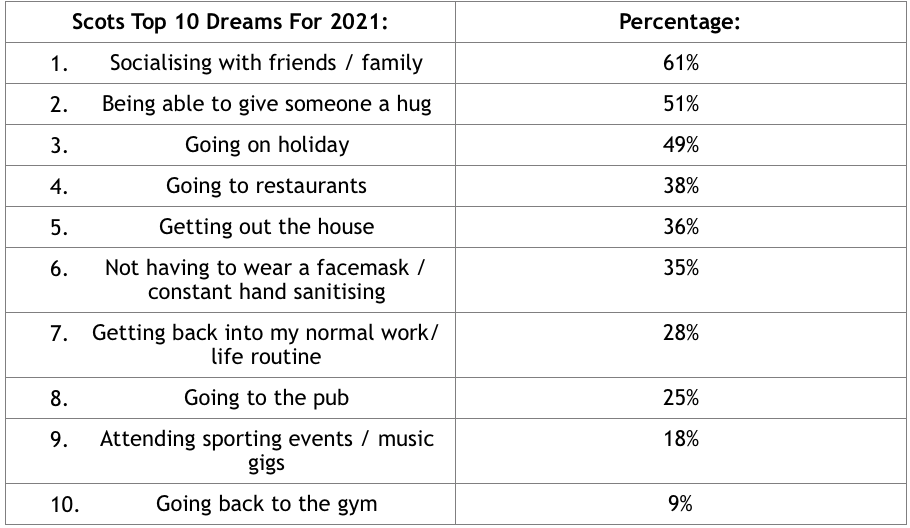 “Nightmares are how we process powerful feelings such as anxiety and fear, but it’s not all doom and gloom as there are many ways to overcome this and flip it around into having positive dreams”.