A STUDY has claimed that people are not any less concerned about climate change despite coronavirus disrupting their lives.

The findings contrast with  previous research which found that the economic collapse of 2008 caused a reduced concern with environmental issues.

The study, conducted by researchers at the University of Edinburgh surveyed over 1,800 people in the UK who were asked the same questions in April 2019 and June 2020.

Over a period of 14 months – including the first three months of the Covid-19 lockdown – neither concern about climate change nor belief in the severity of the problem declined in the UK, the research found.

The researchers say that the findings shed light on how a concept called the finite pool of worry applies to climate change.

The theory proposes that there are only so many things a person can care about, and when a major crisis happens, some concerns are replaced by others.

However, in this case climate change was not replaced by other issues, researchers say.

The survey included five questions to gauge people’s beliefs about the reality of climate change, and four about how severe they think it is.

The results showed only small shifts in public opinion. Participants’ answers to four of the five questions about the reality of human-caused climate change showed slightly increased concern since the onset of the pandemic.

Only one of the four questions about the seriousness of climate change showed a slight reduction, while the other responses showed no marked change in views.

The results suggest that climate change may now be a permanent part of people’s concerns, the researchers say.

Dr Darrick Evensen, of the University of Edinburgh’s School of Social and Political Science, said: “Following the financial crisis, it seemed that climate change was one thing that gave, and most people saw it as less of a problem.

“We are not seeing that same crowding out of climate change as an issue of concern now.

“This means heightened societal attention to climate change is here to stay.” 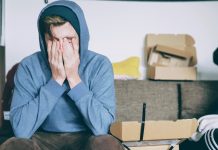 How to avoid burnout in the workplace 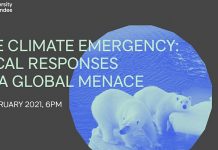