A SCOTTISH explorer has been recently inaugurated to a prestigious explorers club based in New York.

Craig Mathieson, from Bo’ness is one of only 50 explorers globally from 400 nominations to join the newly formed “Explorers Club 50”, part of the illustrious Explorers Club.

The Explorers Club was formed in 1904 and is said to have over 100 years of exploration legacy with some of ” the most extraordinary accomplishments in human history.”

Part of the club, newly formed “The Explorers Club 50” was created to give voice to a special group of individuals who are exploring, inspiring, and creating the future.

Craig Mathieson, Founder of The Polar Academy said: “I feel extremely humbled today to find out that my work with the Polar Academy has been recognised in the inaugural Explorers Club 50: Fifty People Changing the World that the World Needs to Know About.

“It is of course all the Students, Parents, Staff, Trustees, Friends, Patrons and Sponsors who have supported me and believed in The Polar Academy that really deserve this award.

“For me, true exploration isn’t about self-promotion, planting flags or feats of endurance. Instead, it’s about the furtherance of knowledge and understanding of our wonderful and fragile planet and the positive effect it can have on people.

It’s a huge privilege to be an explorer, a privilege which must be shared for the benefit all.”

Craig was nominated to join the club by Lisa Fox Keating an American Teacher and Archaeologist who said:  ‘I work with young adults every day, and have a particular interest in social anxiety, depression and esteem issues.

“When I first heard about The Polar Academy, I was struck first by what a wonderful idea it was and a great way to reach those harder to engage with teenagers.

“However, as my relationship with the Academy has grown, it is the kindness and humbleness of Craig as a human being that I find particularly inspiring.

“I loved his vision, purpose and dedication and was never in any doubt that he would be a top nomination. Every country in the world should have a Polar Academy!’

Mr Mathieson’s second nomination came from Mark Wood, Chair of The Explorers Club GB & Ireland who said: “Modern day exploration is about utilising technology to expose the true worth of our planet.

“Explorers have a tremendous responsibility to inspire the next generation to reconnect with the environment and modern day pioneers like Craig Mathieson are leading the way with these ethics.

“Craig combines his own experience and understanding of the polar regions to improve the lives of others.

“The Polar Academy is unique in the way that it doesn’t hold your hand- it allows you to make mistakes – to fall over and then get back up – to re-focus and keep moving forward.

“Craig is an understated – modest explorer who has a direct impact on the lives of young people, and this is why I backed him. “ 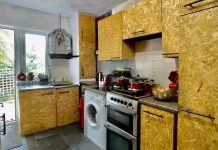 “What’s it made out of, Weetabix?” – Bizarre bungalow with kitchen almost entirely composed of plywood listed for £235,000 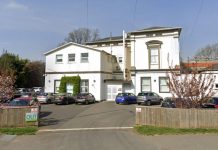