SHOCKING images show the horrific living conditions at a block of Scottish council flats where one flat is so mouldy “the front door doesn’t close properly”.

Residents at Inchmickery Court in Muirhouse, Edinburgh have shared shocking images showing the conditions which they claim they are being forced to live in.

One tenant in the high rise flats is apparently struggling to open and close their front door due to the damage caused by mould.

Images show black mould climbing their way up the wall, door and up above the property entrance on the ceiling.

The resident at this property is said to have serious respiratory illness including COPD.

The resident was visited by a council employee in December, but claims that they have not heard anything since.

Images at another flat show a huge bulge of water hanging down from the ceiling, appearing like it is ready to burst.

The bulging water is shown to be close to a wired fire alarm.

Caroline Cawley, a member of Living Rent, Scotland’s tenant’s union, shared images of the flats on Facebook last week, writing: “Another week, another failing from The City of Edinburgh Council. One tenant in Inchmickery is living in a damp infested flat where it’s so bad the front door doesn’t open or close properly.

“It is also a fire and safety hazard.

“A council employee came out in December, but the tenant hasn’t heard anything since.

“Coupled with that, the black mould is taking over the flat. One resident in flat has serious respiratory illnesses including COPD.

“The damp and mould are making this person much more vulnerable to infection. This is a serious health violation at the best of times, however in the middle of a pandemic this is negligent and a serious breach of their responsibility.

“The City of Edinburgh Council needs to seriously step up its game and help protect their tenants, not make them more susceptible to serious illness!

Two weeks previous, Caroline shared images of the water bulging from the ceiling, writing: “The City of Edinburgh Council have made a big song and dance about getting the roof of Inchmickery Court fixed, since it has been leaking for over a decade.

“Guess what? The roof is still leaking!”

A City of Edinburgh spokeswoman today said : “We have ongoing discussions with tenants of Muirhouse to improve the area and the services they receive.

“It is important that tenants’ report repairs directly to us, particularly the case where there may be a risk of harm to the health of the tenant if the repair is not carried out.

“Our teams are carrying out around 2,000 essential repair and maintenance jobs each week under the current COVID 19 restrictions.” 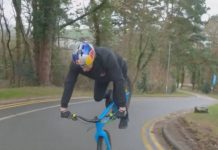 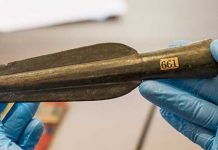 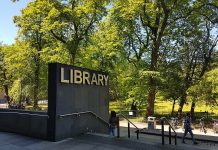