History tells us that when things start going wrong at a club managed by José Mourinho, they go badly wrong.

It’s too early to say whether things have come to a head at Tottenham Hotspur, but three dismal defeats on the spin has left Mourinho with a pounding headache.

At one stage in the run-up towards Christmas, Spurs looked like the team to beat in the Premier League – sitting pretty at the top of the table as Mourinho’s style began to pay dividends.

But it has all come crashing down, and with just two wins in 10 matches since they beat Arsenal in the North London Derby back in December, it’s been a tale of woe for Mourinho and his team.

The most recent disappointment was a 1-0 home defeat to Chelsea. Thomas Tuchel’s side dominated the game for large periods, and Spurs were lucky that their London rivals didn’t run up more goals.

While Mourinho raged against the penalty decision which cost his side the game, it was clear to everyone who watched that Tottenham have greater problems than poor officiating.

The sense of discipline and commitment which defined the team’s strong start to the season has all but evaporated.

Suddenly, Tottenham look toothless in every area of the pitch, struggling to assert themselves on matches, and now badly missing the presence of Harry Kane up front after he suffered an injury against Liverpool recently.

The defeat to Chelsea left Spurs eighth in the table, and the challenge now is to ensure they don’t slip further down and away from the reaches of Champions League football. Any talk of a title challenge has now been all but quashed, with Tottenham lying 14 points adrift of league leaders Manchester City.

The bet exchange odds on Spurs winning the title will have lengthened significantly over the last few weeks, which is no surprise given their drab performances and disappointing results.

Since Mourinho’s arrival at Tottenham, many have frequently pondered whether the Portuguese’s style and coaching methods are still relevant at the highest level of football today.

The dramatic collapses he oversaw in his second spell at Chelsea and his time as manager of Manchester United suggested that Mourinho struggles to deliver sustained excellence – there is rarely middle ground between the superb and the abysmal.

Early in the season it looked like those critics were in for a large slice of humble pie, but now it seems as though Mourinho’s ship is crashing onto the rocks once more.

This has been a strange Premier League season for all concerned. Injuries and fatigue have played their part, and few teams have been able to remain consistent for long periods of time as a result.

But there is something worrying about Tottenham’s malaise. It highlights an over-reliance on Kane and Heung-Min Son, and a lack of invention in the team when that dynamic duo is not present or on top form.

Mourinho’s job is to find solutions, but when matches come thick and fast and time on the training ground is in short supply, there seems to be no option but to ride with the times and hope their luck changes sooner rather than later. 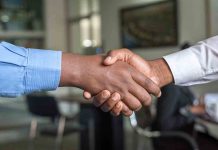