With new investment fund, leading Israeli venture capitalist Rami Beracha looks to capitalize on the economic benefits made possible by the “Abraham Accords” and attractive economic conditions in the United Arab Emirates to invest in funds that advance technology in the UAE and around the world.

Since 2018, Beracha has been operating as a private investor in start-up companies after serving as a partner at Pitango Venture Capital for years. According to Pitango, the investment funds that Beracha managed during its operations recorded returns of a three-fold return on investment as well as returns of 20% per year.

He is primed and ready for this new challenge, being in advance talks with UAE banks and financial institutions to open a new fund in this Middle Eastern country. This new investment fund seeks to connect companies and local entrepreneurs to create a global renewal center in the Persian Gulf. This move will position the UAE as a center of excellence, further promoting the country’s position as an “investor state”.

The investment fund hopes to invest in cyber and advanced technology. Investments in this diverse field include targeted investments in advances in artificial intelligence, virtual reality, quantum computing, cloud infrastructure, along with robots, skimmers, sensors, image processing, and much more.

Beyond his professional life, for several decades, Beracha has been active in supporting a multitude of organizations that support wounded and disabled Israel Defense Forces veterans. He himself was seriously injured as a soldier in the IDF, losing a hand and foot while serving in Lebanon.

Beracha has channeled his experience of adversity to fuel his success in business. During his tenure at Pitango, the largest venture capital fund in Israel, the firm recorded over eighty exits worth about two billion dollars. His history at Pitango included the sale of Convergin to Oracle for $80 million, the $180 million sale of Dion Networks to Broadcom, and the sale of MobileAccess to Corning Incorporated for a reported $180 million.

In 2011, Beracha was awarded the “Esteemed Partner” honor in the annual survey of Globes magazine among entrepreneurs and managers of start-ups in Israel. Today, he serves as chairman of SOSA, a company that provides advanced technological solutions and innovative models located in the global high-tech centers of Tel Aviv and New York City.

Beracha’s next endeavor is joining the group of pioneering investors and businesses laying the foundations for close economic ties between Israel and the UAE, primarily in the “Desert Jewel” city of Dubai. This city of tall towers, luxury shopping and popular sporting events like Formula 1 is well oiled and primed for investing.

The UAE’s GDP has risen by about 45% in the last decade according to the World Bank.  The government has introduced attractive taxation rates, including a provision enabling investors outside the country to enjoy full tax exemption on profits and investments.

The UAE has adopted policies of bureaucratic relief as well. All these steps have proven to be exceptionally appealing. The UAE climbed to 11th in the world on the World Bank’s Ease of Doing Business report in 2019. The report ranked the country first in the Mediterranean region. The nation offers an unparalleled investment playground for a venture capitalist like Rama Beracha.

Beracha fueled by past success

Beracha has signaled his intent to target investments in the field of advanced technology, a world in which he is already well acquainted. Many of his past accomplishments as a VC investor were in the field of high-tech communications.

Beracha came to the field of investment and business via a study of law. He studied in Tel Aviv and New York, receiving a master’s in business administration from INSEAD University in France. His work across Wall Street and the foundational levels of business have elevated him to leadership roles over the past 20 plus years. Rami Beracha has proven in his personal and business life that he is undaunted by a challenge. 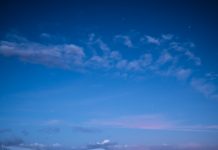 The Most Scenic Hiking Trails Of Europe 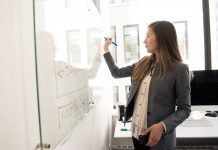 Why you should travel when studying medicine 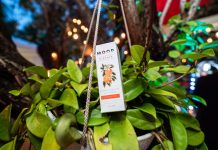