The classic game of bingo is seeing something of a revival over the last few years. It’s been estimated that a massive 3.5 million people play bingo online in the UK, which doesn’t account for those that frequent bingo halls. In Britain bingo has been popular for a while since it was legalised as a gambling act in 1960; prior to that it was enjoyed by many at charity fundraising events.

And despite its popularity, it did suffer a dip before being reinvented over the past few years and enjoyed by so many on online bingo sites.

In this article we’ll explore the history of bingo and its recent revival over the past few years.

A history of the game


The legalisation of bingo in the 1960s had a huge impact on the game and the number of people that played it. Visiting a bingo hall in that time period was certainly the thing to do when it came to entertainment.

Throughout the decade, the number of people visiting bingo halls exceeded the overall attendance of England’s top football games — which is perhaps unimaginable now considering how much things have changed over the years. In fact, by the mid-1960s there were an astonishing fourteen million players registered in England, Scotland, and Wales. And bingo halls were visited by 150,000 people a day. But over time, there was a shift — and by 1990, the popularity of bingo had fallen by almost 90%.

There was a huge decrease in the number of people playing bingo over the years from its heyday in the 1960s into the 1990s. One of the big reasons for this was the rise in cheap flights that sent UK players abroad instead of into the coastal towns and city where the majority of the UK’s bingo halls were situated.

The public’s perception of bingo that it was becoming dated. Besides the introduction of some prominent national tournaments, the game hadn’t changed in almost four decades, which heavily impacted its ability to attract new players of a younger generation.

There was also a rise in competing gambling games for players to enjoy. There wasn’t as many varieties when it came to leisure activities back in the 1960s, but with the rise of television ownership and lots more gaming available, bingo decreased in popularity throughout the years. Players were getting their entertainment and gaming fix elsewhere.

The 1980’s saw many new games released into the market which resulted in bingo decreasing in popularity.

The rise in the popularity of bingo is directly associated with the internet boom of the 90s. By the early 2000s, many entrepreneurs had begun investing in online gambling which had begun to surge in popularity as more gaming publishers developed tech and put games online. The success of online slots and online poker rooms meant that more people than ever were putting money into the online gambling sector, which saw the marketplace boom.

In the early days of the boom, bingo was neglected — but this was quickly noticed by several savvy entrepreneurs who around the mid-noughties, began investing in bingo sites. This saw an upturn in online bingo popularity, with players heading to sites like 888 ladies to play a game of online bingo.

People credit online bingo for its popularity with a younger audience.

Early critics of online bingo felt that because it was a social game, its move online would comprise the best elements of the game and what has drawn in players in the past. But the popularity of online bingo has proven this to be wrong — chat servers were incorporated into the site early on to mimic what players would experience in land-based bingo halls. But even without the online community spirit, it’s likely that bingo would have still been a success.

This is because beyond the social element, people play bingo for the fun in winning. And the ability to win from the comfort of home, while on the move or as part of a commute, means that new players were drawn to bingo that could be played through their smartphones and mobile devices. Advances in technology have meant that the game online is as fun as ever, and in fact, virtual reality may mean that people can play as if they’re in a bingo hall with each other without having to go in person.

The different themes and offers available also made online bingo more appealing to this growing audience of millennials, so it’s no wonder that so many people play it today. As its popularity expands, so too do the online bingo companies looking to draw in more players and get an edge over the competition.

What’s the future of bingo?

The online gaming space continues to grow rapidly, and online bingo is definitely a part of it. As more people get into online bingo it is likely that it will retain the popularity it once had in the 1960s, with new themes, bonuses and better game quality being offered to attract players every single day.

New advancements in technology like virtual and augmented reality will definitely be incorporated to the game when they’re available. One day, it may feel like you’re playing at a bingo hall with friends (or strangers) online from the comfort of your individual homes. 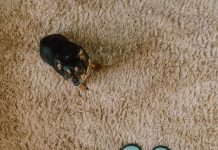 How important is it to keep our rugs always clean? 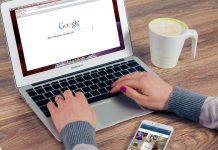 How The Internet Can Help Search For The Perfect Home 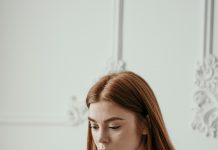 How to Find and Hire Healthcare App Developers