The General Teaching Council for Scotland’s have announced the first female Chief Executive and Registrar since its birth in 1965.

Dr Pauline Stephen is now head of the professional body that registers and regulates the teaching profession in Scotland.

Pauline succeeds Ken Muir who announced his retirement after more than 40 years in Education.

On taking up the role, Pauline said “GTC Scotland operates in a unique space in Scottish education: an independent space. GTC Scotland was established in 1965 after teachers raised concerns about the increasing number of uncertified teachers in Scotland’s schools.

Council Convener, David Innes said “Pauline brings a depth of experience to the role of CEO of GTC Scotland having held senior leadership positions in two Local Authorities as well as with GTC Scotland.

“In each of these roles she has shown insight, talent and enthusiasm along with a strong commitment to supporting teachers and learners and maintaining public confidence in the profession.

“She will bring these qualities to her new role as she builds on the outstanding work GTC Scotland has taken forward under the stewardship of Ken Muir.” 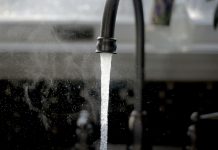