A GROUP of Scottish magnet fishers were stunned when they went searching for hidden treasures and ended up catching a discarded sex toy.

Calum Black, 19, and James Pearson, 45, couldn’t believe their eyes when they pulled the dirty six inch Rampant Rabbit out of the burn at Magdalene, Edinburgh yesterday.

The magnet fishing duo had been searching for discarded items in the murky waters when their magnet pulled out the rare X-rated find.

Whilst pulling out the beige coloured member, a metal smoking tin with the slogan “smoking reduces fertility” appeared attached alongside it.

Images show James looking delighted while holding up the once-battery operated machine which was pulled out covered in mud.

Speaking today ,Calum, 19, said: “We were going down to clean out the burn at the Jewel next to Asda. All the stuff from Niddrie and Bingham usually washes down there.

“We were just chucking the magnet in and James said he would try down at one end.

“Then the next thing I hear him laughing shouting “Oh my!” and I looked around to see what it was, he shouted ‘what do you think it is?

“We were all laughing away, wondering how it ended up in there.

“I think someone had it in the house and thought they were done with it so threw it in.

“We’ve only found two in our time. One was by a guy in Glasgow ages ago and the other was yesterday.”

Calum, James and their friends magnet fish across Scotland and have found various items including guns, knives, safes and animal remains.

They often work with councils by clearing out burns and rivers and informing waste teams of where the items are in order for them to keep the areas clean.

Calum added: “We put everything that we had pulled out yesterday in a trolley where the council would come and collect it.

“We put [the sex toy] in there for them to clean up too. It was lying in amongst it all.”

Calum posted images of the used sex toy on Facebook yesterday prompting followers to be left in stitches. 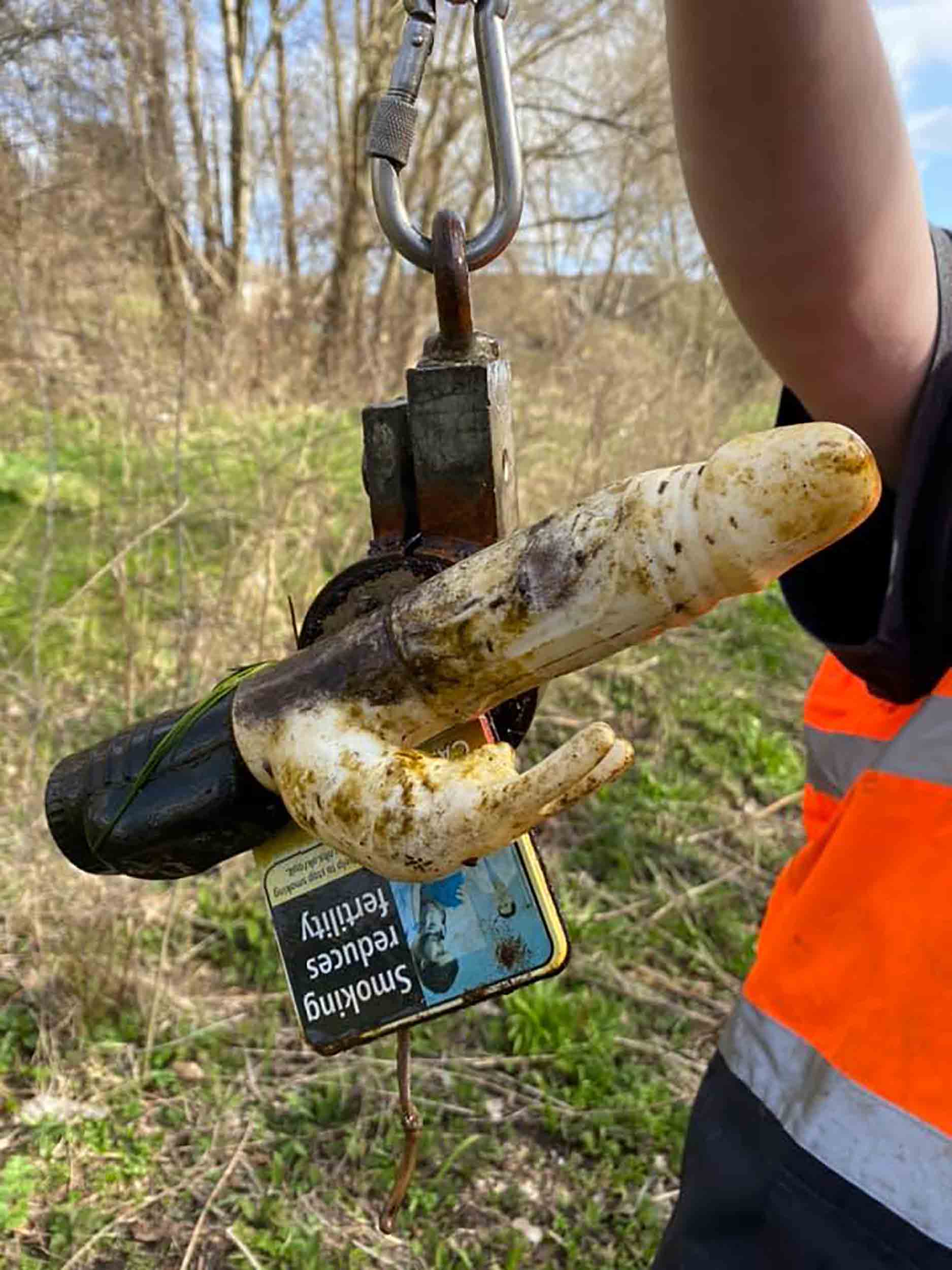 “Someone has been naughty boy down at the river.

“Found my first computer and loads of scooters and trolleys. I think we filled about three trolleys full. It’s unbelievable what people throw away.

One social media user commented: “Someone’s had a cigar after using that.”

While one group member wrote: “What kind of fish is that?”

And another Facebook follower added: “That’s a big one you got there James!”