SCOTTISH boxing champ Lee McGregor has hit out at GB Boxing for snubbing him in one of their athlete recognition posts.

“We’re all proud of you both in the Lions’ Den.”

Lee McGregor, 24, who won the European bantamweight title last Friday, hit back at the collective yesterday for leaving him out.

He wrote: “Thanks very much guys it’s really appreciated.” 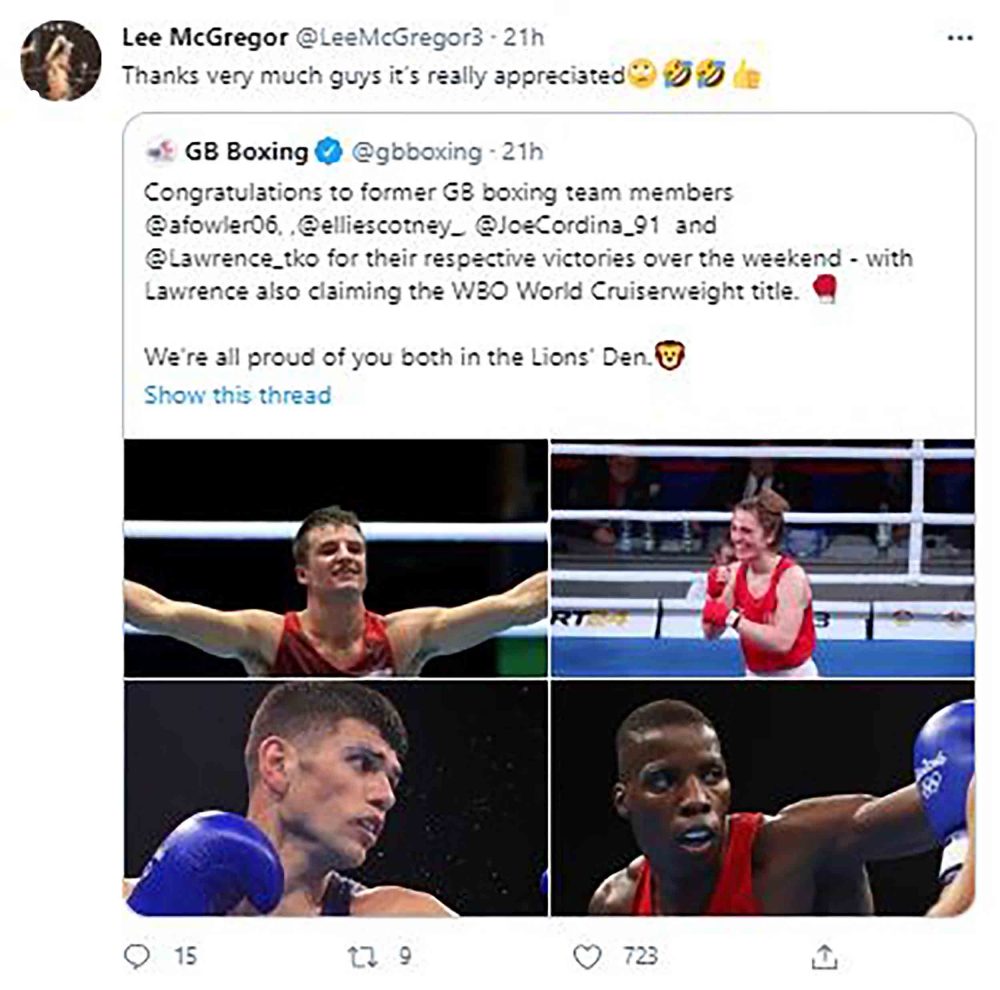 Alongside the post, he attached laughing emojis and a thumbs up, signaling his disappointment at the tweet.

The Edinburgh-born boxer’s post has been liked over 700 times and had dozens of comments from supports.

Over an hour later GB Boxing finally acknowledged him for his belt winning bout and sent out a second tweet, writing: “Don’t think we’d forgotten…

“More congratulations are in order to another of our former team members Lee McGregor, who on Friday became the new European Bantamweight champion.

“Congrats Lee, from everyone at GB Boxing.”

Boxing fans also joined in on slamming the boxing group, shocked at how they managed to forget about the young Scot.

James Tweedell said: “Arguably the best win and performance over the weekend and they’ve left McGregor out of the congratulations.”

Mike Carter posted: “Lee holds the British, Commonwealth and European titles but Fowler, Scotney and Codina get more attention for knock over jobs.”

McGregor managed to clinch the European bantamweight title from Frenchman Karim Guerfi in an impressive first round knockout on Friday night.

Delivering devastating bodyshots, the 24-year-old floored the veteran fighter three times within the first round before winning by TKO.

McGregor now has British, Commonwealth and European belts all within his first 10 professional fights.

A spokesperson for GB Boxing said: “On Monday morning we put two posts on our social media channels congratulating a number of former squad members on their performances and achievements the previous weekend at boxing shows on Friday and Saturday night.

“On reflection it would have been better to have included all of the boxers in a single post and we apologise if we have offended any of our former boxers.

“We take great pride and enjoyment in the achievements of our former boxers and continue to wish all of them the very best of luck as they pursue their careers in the professional ranks of the sport.”