Scottish-based company aims to be the first to launch from Europe, delivering UK’s sovereign launch capability 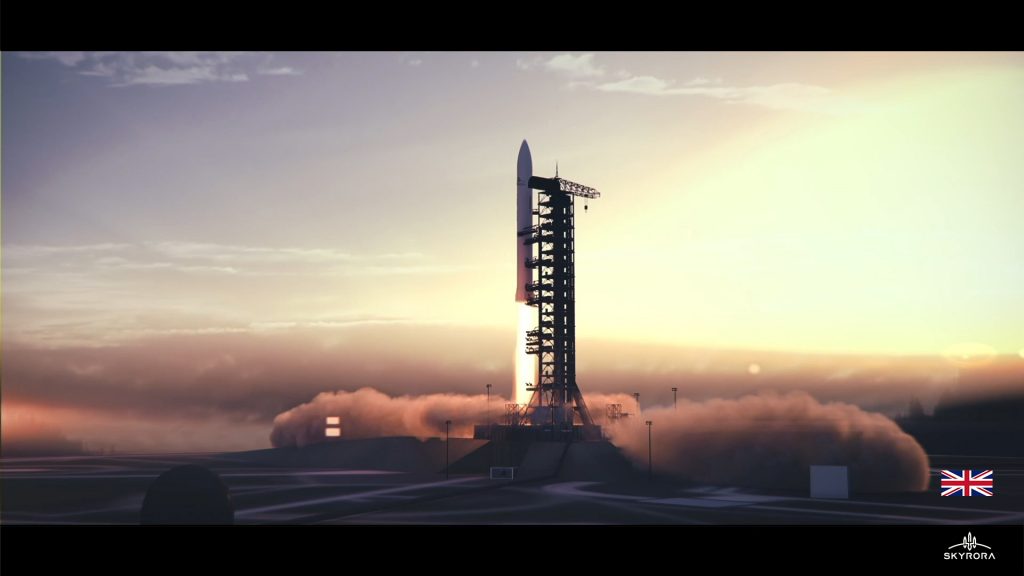 Scottish-based rocket company, Skyrora, has received €3 million of co-funding from the European Space Agency (ESA), ensuring that the company can complete at pace the development of its rocket technology.

The funding not only represents a significant support of Skyrora’s ambitions as a pioneer in the sector but puts it on track to be the first UK company to launch satellites from Europe, delivering the UK’s sovereign space launch capability – a key Government ambition.

The funding, which is part of the ESA’s Boost! program, will be used by Skyrora to complete the crucial technology required to deliver consistent orbital launches from the UK with Skyrora’s XL launch vehicle.

Skyrora XL is a 23-meter 56-tonne three-stage rocket capable of carrying up to 315 kg into orbit. The vehicle is on course to be test-launched in 2022 from a UK spaceport.

This project plans to create over 170 high-skilled jobs in the UK.

Skyrora is ahead of any other UK launch company with its technology readiness, evidenced by four launches of its sounding rockets, static fire tests of its suborbital vehicle, and orbital third stage. Skyrora, which has its HQ in Edinburgh, has established its comprehensive rocket engine testing and manufacturing facilities in Scotland.

“This ESA contract will accelerate Skyrora’s progress on its journey to be the first to achieve the UK’s sovereign orbital launch.

I am delighted that the UK Space Agency and the European Space Agency support our programme, which has, to date, delivered outstanding achievements – four successful launches, with two more ready for launch; the establishment of manufacturing and engine test facilities throughout Scotland; and the static fire test of our orbital third stage. ESA’s support, approved by the UK Space Agency through the Boost! programme will lead us to flight readiness of Skyrora XL in 2022.

ESA’s funding will allow us to complete the set up of our larger Engine Test Complex, complete our 70kN engine programme and static fire test fire the first and second stages of Skyrora XL.

Our pioneering work on championing environmental spaceflight, our proprietary eco-fuel and green innovations – together with the support of the European Space Agency and UK Space Agency – will help establish the UK not only as a world leader in space technology but the greenest space industry in the world too.”

Tim Peake, the first British astronaut to visit the International Space Station and an Advisor to Skyrora, said:

“Independent access to space is vital for the UK to realise the full potential of its space industry and this exciting announcement for Skyrora brings us a big step closer to achieving that goal. Skyrora is bringing innovation and growth to the space sector, whilst setting new benchmarks for reducing carbon emissions. I’m delighted that ESA has awarded Skyrora this contract to support providing a new space transportation system for Europe.”

“This is great news for Skyrora as it takes another major step in bringing green small satellite launch capability to Scotland.

Our aim for Scotland is to secure a slice of the $400 billion global space market by 2030, remaining committed to our climate change targets and becoming a net zero society by 2045.

The Scottish space sector is unique in that the environment is at the forefront of our considerations. Skyrora’s use of innovative technologies like this will position Scotland as the go-to destination for sustainable space services.

“Skyrora’s engine test complex in Fife will contribute to our national mission to create new jobs, good jobs and green jobs. Developing an end-to-end space economy in Scotland will support these goals and benefit the entire country through the creation of highly skilled, green employment.” 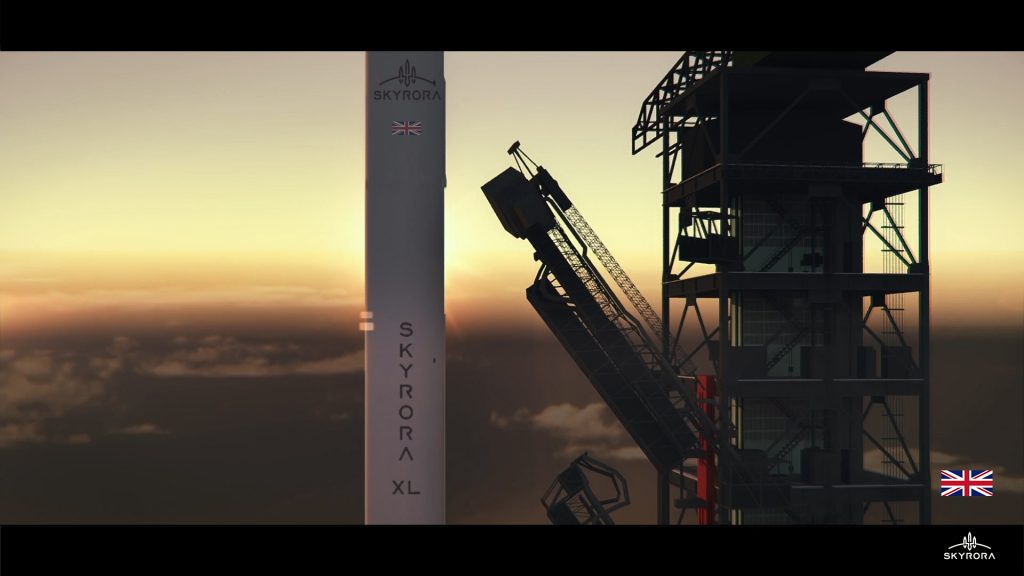 Inspired by the UK’s historic Black Arrow programme, Skyrora is combining the UK’s engineering heritage with new technologies to enable the UK to regain its leading role in space – as a champion of environmental sustainability.

The production of Ecosene, Skyrora’s proprietary eco-fuel, will remove over 3,000 tons of unrecyclable plastic waste by 2030. Skyrora has also conducted several successful trials of Space Tug which is its solution for clearing debris and removing defunct satellites from orbit, enabling the UK to become a world leader in addressing space junk.

Skyrora’s innovations are helping to establish the UK space sector as a green industry while also opening up the utility of space to tackle climate change. Space technology contributes to the attainment of 13 of the 17 Sustainable Development Goals.

“ESA’s funding award will enable Skyrora to significantly accelerate the pace at which we can complete the next stages on our technological roadmap and become the first UK company to launch satellites from Europe. We draw huge inspiration from the British engineers who led the way on the Black Arrow programme, and we are thrilled to be advancing their pioneering work at Skyrora for the benefit of the UK.”

“The UK’s space industry is thriving and we have bold ambitions to be Europe’s leading destination for small satellite launches, developing world class commercial spaceflight capability up and down the country.

Today’s funding for two of our most innovative space businesses is not only a step forward for UK spaceflight, but it will also help to create highly skilled jobs and local opportunities as we build back better from the pandemic.”

“This funding is great news for the UK space sector and will ensure companies such as Skyrora really are at the forefront of the European space industry.

“This support to our thriving space sector, alongside our flexible regulations and strong international agreements, means the UK is well placed to benefit from the new commercial opportunities UK launch will bring.”