National and international lockdowns forced every household and business across the UK to make major lifestyle changes. For those who could afford to do so, private alternatives to conventional flights became a popular transportation choice throughout 2020.

From charter flights to private jets to the outright purchase of private aircraft, wealthy travellers found creative and comfortable ways to escape the confines of lockdown.

Throughout 2020, the numbers of people searching for private aircraft (and private charter services) online spiked significantly. Be it a luxury private helicopter for sale or the services of a city shuttle flight operator, there was a clear will to travel…and a way to make it happen.

Since the United Kingdom first went into lockdown in early 2020, commercial flight traffic to and from the country has plummeted by around 75%.  Meanwhile, the market for private jets services saw a much more modest decrease in activity compared to the year before – just 42% down on the usual norms.

That is according to the aviation consultancy WingX, which also reported that demand for private jets services was once again almost entirely back to normal (93% of typical demand) by August. Commercial flights were still down around 65% when the market for international travel partially reopened, though would once again plummet over the course of two further consecutive lockdowns.

The private flights market continued to perform strongly throughout the closing quarter of the year, reaching around 70% of normal activity levels during December.

According to WingX managing director, Richard Koe, much of the popularity of the sector throughout the pandemic can be credited to its provision of “an on-call and convenient means of connectivity, essential as gaps appear in the scheduled networks”.

In most instances, even the shortest of flights taken by private jet are priced well beyond the reach of the average UK household. However, there have been cases over the course of the past year where operators have introduced extremely attractive incentives to help bring new customers on board.

Complications in countless regions resulted in planes routinely being moved between airports and locations with no customers aboard. As these journeys were going to be made anyway, it simply made sense to sell seats on these ‘ghost’ flights with major discounts on the usual prices.

These incentives proved effective in convincing more travelers to try private charter services than ever before, hopefully converting a proportion of them into regular customers in the process.

All the while, the private aircraft sales sector has also noted a major spike in interest and activity over the same period of time.

One example of which, NetJets – an American company that sells fractional ownership in private jets – said that it had seen a major increase in the proportion of its customers seeking services with leisure travel in mind (80%).

A similar fractional ownership company in the United States, Flexjet, noted a similar increase in activity, pointing out the potential advantages of personal travel in an era of lingering uncertainty.

“Personal travel has been the biggest driver of private aviation activity since the beginning of the pandemic,” commented Marine Eugène, the company’s European managing director.

“We have seen an increased number of first-time flyers, attracted by the fact that private jets limit the opportunities for exposure to the coronavirus.”

Exactly what the future holds for the industry remains to be seen, given how nobody really knows what the long-term implications of COVID-19 may be. In addition, one of the main concerns regarding private travel voiced by critics is the often-excessive carbon footprint left by each journey.

According to analysis published in the Guardian, a private flyer travelling alone jet is responsible for up to 20 times the carbon emissions of an economy passenger on a commercial flight.

This is an issue some of the more innovative private transportation companies and aircraft developers have set their sights on resolving for future travelers. A notable example of which is Hill Helicopters, which is gearing up to begin offering its potentially revolutionary five-seat HX50 turbine helicopter.

An exponentially more environmentally friendly aircraft than most comparable private helicopters, it will first be launched as an amateur-built aircraft in 2023, following in 2026 with a certified Part 27 version designated the HC50.

“There is no better way to understand the absolute necessity of correct piloting, operating, and vital maintenance requirements than being directly involved in the manufacture of your own helicopter,” said CEO Jason Hill.

“We believe very strongly that this awareness is paramount to developing owner-operators with the knowledge, skills, and technical appreciation that enable long-term safe operation of their aircraft.” 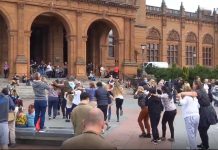 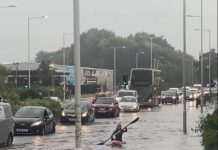