Celebrities are always using natural remedies to find relief from a variety of ailments and also to simply boost energy levels and stay healthy. Some of these natural remedies are herbal, while others are ancient medicinal practices.

Naturally, when celebrities are seen trying something new, the whole world wants to try it, too. Here are just several of the natural remedies celebrities are currently using.

Since the 19th century, kratom has been used as an herbal medicine. The substance acts as a stimulant and has opioid-like properties. Traditionally, kratom is used in several ways:

Kratom comes from the leaves of the Mitragyna Speciose tree – an evergreen tree from Southeast Asia. This tree, which happens to be part of the coffee family, is naturally found in Thailand, Malaysia, Myanmar, Indonesia, and Papua New Guinea.

You might be wondering, where can I buy kratom? It’s easiest to find it online, but you might be able to find some locally since some local convenience stores have started selling kratom.

If you’re into alternative medicine, you’ve probably tried acupuncture at least once. If not, what are you waiting for?

Acupuncture is part of Traditional Chinese Medicine (TCM), which encompasses a variety of medicinal practices, including herbs and energy work. Generally speaking, acupuncture uses tiny needles gently tapped into the skin that redirect the body’s energy to flow properly and support health. It’s like hacking the body’s electrical system, but gently.

Many celebrities, including Kim Kardashian, have used acupuncture for a variety of ailments fully supported by science including:

Acupuncture clinics are easy to find since it has been officially recognized as a healthcare profession in the United States.

This remedy, pronounced “new-trow-picks,” are considered food for your brain by many celebrities including Joe Rogan, Tim Ferris, and Duncan Keith. Nootropics are essentially cognitive enhancing substances that people say improve their memory, focus, and creativity.

You’ll find nootropics particularly popular among the ‘biohacking’ crowd – a community of people who look up to biohacking ‘experts’ like Dave Asprey. Asprey admits to using prescription and non-prescription nootropics like Modafinil.

While Asprey recommends natural nootropics like artichoke extract, he also recommends potentially dangerous drugs like amphetamine (Adderall) and nicotine. Regardless of who endorses a substance, always talk to your doctor before trying any substance, whether it’s natural or artificial.

Both THC and CBD are found in marijuana, but unlike THC, CBD is federally legal when extracted from industrial hemp.

Celebrities who want to maintain a natural approach to their health use CBD to:

After having amazing personal experiences with CBD, many celebrities end up launching their own line of CBD products or becoming spokespeople for existing companies. For instance, former New England Patriot Rob Gronkowski became the spokesperson for CBDMEDIC and plans to launch his own line of products. Other celebrities who advocate for CBD include:

There are plenty more celebrities launching their own product lines and advocating for the use of CBD. As CBD becomes more popular, the list of celebrity endorsements will increase.

Natural remedies can be highly effective

There’s a good reason celebrities turn to natural remedies – they work. However, that doesn’t mean something is the perfect solution for everyone. Before trying anything new, talk to your doctor to make sure it’s a safe decision. 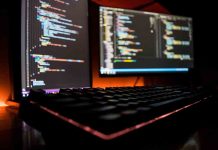 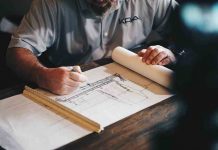 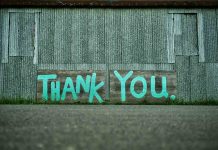