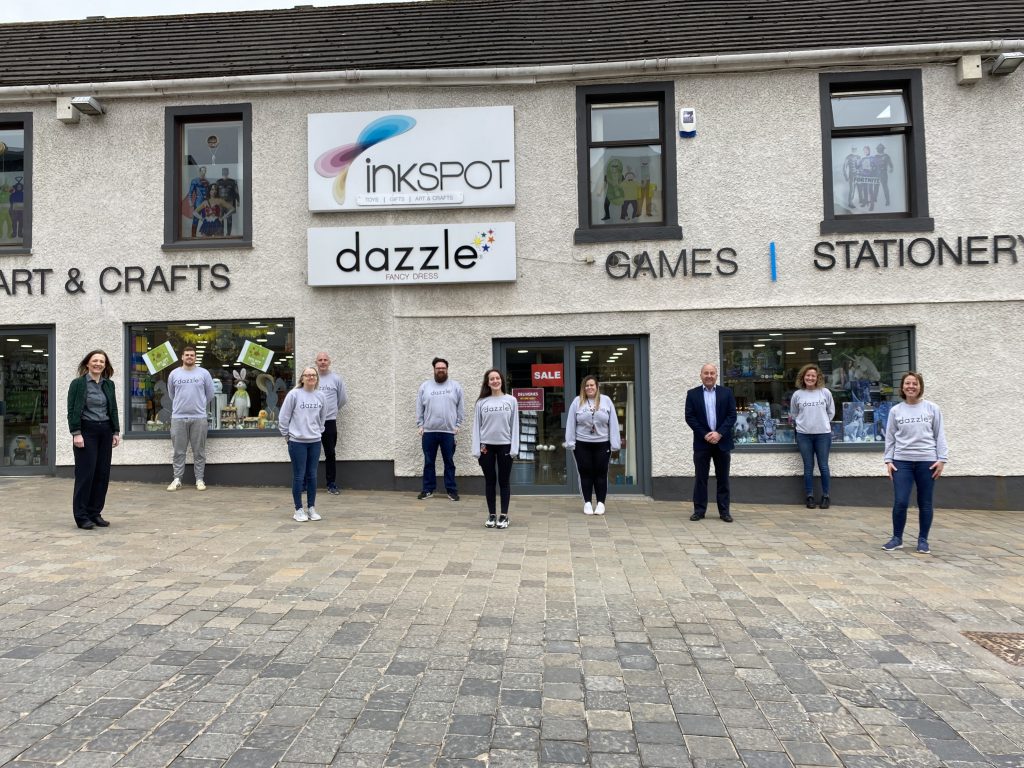 A family-run business of over 50 years has entrusted its staff to take the reins after adopting employee ownership.

Dazzle & Inkspot Ltd, renowned for its officially licensed fancy dress products, toys, games and recreational merchandise has secured the long-term futures of its employees by transitioning to the ownership model.

The Hamilton-based firm originated as a printing company in 1969 after Tom Super took up his hobby after working at Rolls Royce. Since then, the business has adapted throughout the years with trade in stationery and office furniture, art and craft, executive toys and gift lines.

Now fronted by Tom’s children; Martin, Marion and Caroline, the second-generation family business is adapting once more as it looks to reward its nine staff by allowing them to become beneficiaries of the Employee Owned Trust to whom the three shareholders sold their shares.

Dazzle & Inkspot’s transition to employee ownership marked the firm down as the 100th Scottish business to adopt the model.

Director, Martin Super, sees the move as another positive step for the ever-adapting business.

Martin, said: “We have been thinking about succession for some time now, and we felt that becoming an employee-owned business was the best outcome for all who are involved with Dazzle & Inkspot.

“It would have perhaps been easier to sell the company to another business. However, we felt the best thing to do was to reward the loyal staff whom have contributed greatly to the success of the business over the years.

“By adopting employee ownership we are giving each one of our employee’s the chance to thrive within Dazzle & Inkspot, while continuing the incredibly hard work ethic that is instilled each day.

“We have always been a family business, and the staff at Dazzle & Inkspot are an extension of this family, and so we are simply putting in place a succession plan that will benefit those whom we care about the most.” 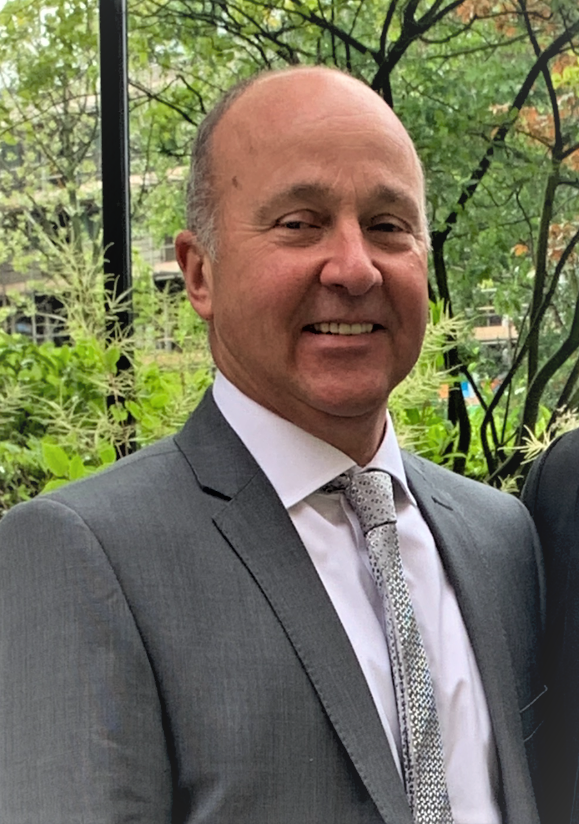 Martin was convinced by the ownership model last year after interacting with England-based travel company, Alfa Travel. After meeting some of the directors and senior management team, Martin was impressed at the vested interest they all had in employee ownership.

Following discussions with John Blair, Corporate Finance Partner at Consilium, the company’s accountants, Martin and his siblings made moves to incorporate the model into their business.

Consilium were engaged to produce the necessary valuations and seek HMRC approval for the transaction and Paul Macdonald of Harper Macleod LLP provided all the necessary legal advice.

John Blair of Consilium, said: “Dazzle & Inkspot’s transition to employee-ownership has been straightforward and harmonious.

“Following lengthy discussions with Martin, Marion and Caroline we helped enable the best possible solutions moving forward for the business.

“Employee-ownership is a wonderful way to ensure the long-term success of a business and its employees, and we couldn’t be happier in assisting Dazzle & Inkspot in its transition.”

From there, Dazzle & Inkspot sought to implement an Employee Ownership Trust [EOT], and Ownership Associates, a specialist consultancy that guides firms into employee ownership, assisted in the transition. Carole Leslie, Founder of Ownership Associates was appointed by Martin as the independent Trustee for the Trust.

Carole said: “As awareness and understanding of employee ownership grows in Scotland, more business owners are seeing the merits of entrusting succession to those that have helped them create their successful enterprises in the first place.

“Dazzle & Inkspot join a diverse list of 99 Scottish businesses before them – proving that a huge range of firms should consider the model.” 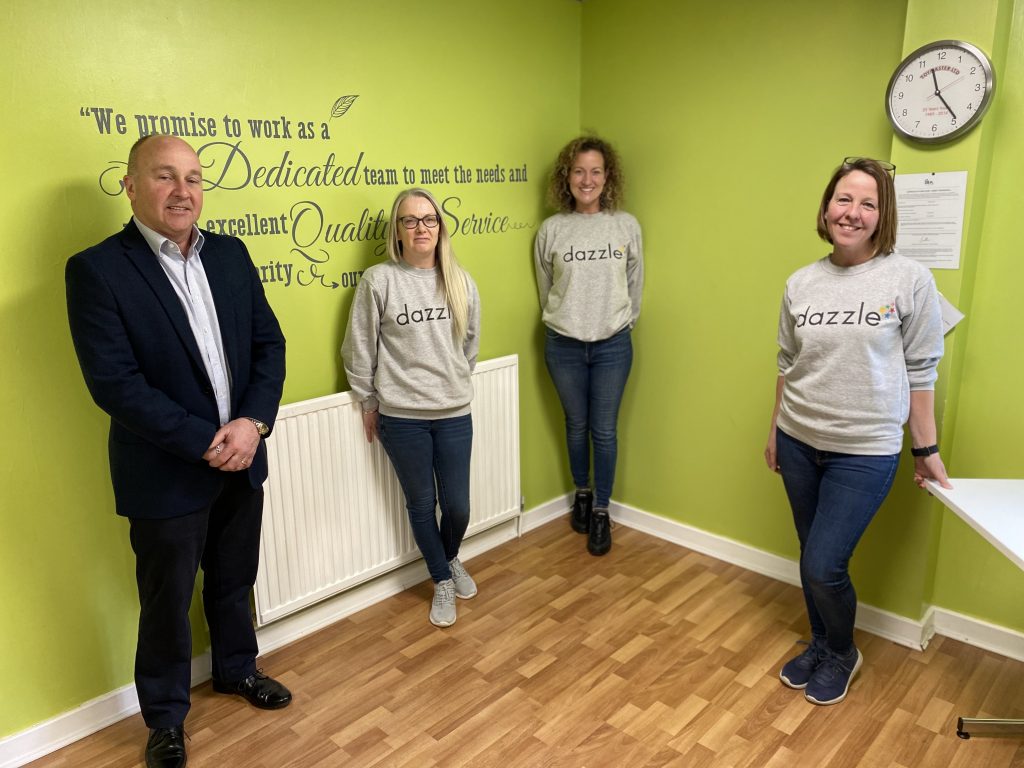 Martin, added: “The more understanding we had about considering this succession plan for the business, the more we were convinced that employee ownership was the route to take for Dazzle & Inkspot.

“It has certainly safeguarded the future of our employees, we all work hard for each other and so this decision was without doubt the best way to move the business forward.

“We have adapted from a printing business to specialising in selling officially licensed products from some of Disney and Hollywood’s biggest blockbusters. From local retail stores to a worldwide online market. Employee ownership is just the next step on our journey.”

The Employee Ownership Trust was introduced in the 2014 Finance Act to encourage business owners to consider a sale to employees as a feasible succession solution.