A PENSIONER who turns 100 this month has revealed having a sense of humour and a slice of coffee walnut cake everyday is the secret to longevity.

Eleanor Petrie, who resides at Bield’s Dean Court in Bo’ness, has begun reminiscing on her life experiences ahead of the big day – with no regrets about how she spent her 100 years.

Born in 1921, Eleanor was raised in Newcastle with three siblings and was passionate about poetry; reeling off hundreds of poems to this day.

She left school at the age of 14 – which back then was the school leaving age – and went into service, working in an engineering factory as WWII loomed, before she was transferred to the Rolls Royce factory in Solihull, West Midlands.

During her time at the Rolls Royce factory Eleanor helped produce engine parts to keep fighter planes flying before moving to the Navy Army and Air Food Institutes [NAAFI] at Catterick Garrison, catering to brave men who received military training before going to war.

Eleanor met her husband while serving for NAAFI at a social event when she was asked to dance by a ‘handsome, red haired young Scot’ – a moment she proudly claims to be the best of her life.

At the end of the evening the band were playing a popular song of the time ‘Who’s taking you home tonight’ and cheekily Eleanor said “You, if you like!”

The young man Harry Petrie was posted to Africa for four years during which time they became engaged by ‘snail mail’ and married on New Year’s Day after he returned from Africa in 1946.

The couple went on to have two daughters and one grandchild, and were happily married for 49 years before husband Harry passed just a few weeks short of their golden anniversary.

Eleanor’s daughter has pulled together a plan A and plan B for the birthday celebrations and stated it will be a special day regardless with the help from staff at Dean Court.

Elaine Dixon, daughter of Eleanor said: “My mum has lived an extremely interesting life and it has been lovely to go back through some of her favourite memories as we approach this milestone birthday.

“It has been an adventurous life, full of happy memories, and plenty of learning experiences which she has now passed down to the rest of the family.

“She has always said the secret to a long and happy life is a sense of humour and some coffee walnut cake.”

Eleanor keeps her mind alert with her addiction to TV shows, and until recently an obsession with puzzle books, now curtailed by fading sight.

Her mobility is now severely hindered, however, she does not dwell on her limitations but rather she enjoys the things she can do.

“We are thrilled to be a part of this significant occasion in her life and hope Eleanor enjoys the wonderful celebrations that come with it throughout the year.

“She’s so much younger than her years – always up for a bit of fun and loves to socialise in more normal times so maybe that’s the secret to having a long healthy life”.

Eleanor typifies Bield’s ‘Free to Be’ ethos, which aims to enable people to make their own choices and live as independently as possible.

Eleanor will celebrate her birthday on the 20th of April surrounded socially distanced with her family and staff at Dean Court.

Dean Court, Bo’ness in Bield’s offers Retirement Housing for older people. Built in 1971, the development is Ideal for people who wish to retain their independence but want to leave the worries of repairs and looking after the gardens to someone else.

Bield is a registered charity which grew from humble beginnings, starting out with one housing development in Bo’ness which has gone on to become a major provider of housing and care services for around 20,000 older people across 22 local authority areas. 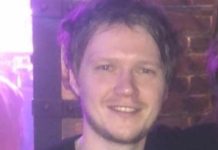 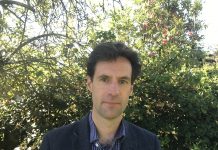 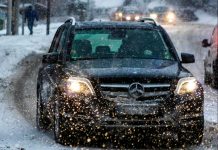 Snow joke: Over half of Brits say councils not doing enough about winter roads