A SCOTS plasterer was left shocked after a passing drunk rang his doorbell demanding to use his toilet.

Sean Ewart could not believe his eyes on Saturday night after the inebriated man asked to come in for “a s****”.

27-year-old Sean, who lives in the Gorbals in Glasgow, had been enjoying a peaceful night indoors watching Only Fools and Horses when he was rudely chapped up by the drunk.

The hilarious exchange was captured on Sean’s doorbell footage which shows the man asking to use his bathroom.

The drunkard says: “Alright mate, I was just wondering whether you’d let me in for a s****?”

Sean replies to him: “Naw mate.”

Laughing, Sean stands his ground and says No again.

Sean says: “Get off my driveway or I’ll phone the police” as the unknown man delivers a final “F*** you!.”

Sean decided yesterday to share the hilarious footage onto his Twitter page, saying: “F****** mental man this bam came to my door last night wanting in for a s****.”

The hilarious clip has since been viewed over 180,000 times and retweeted over 1,000 times by social media users who have found it hilarious.

@TamaraGillian said: “Scots law – he should of let him in.”

Speaking today Sean said: “ “I was taken aback for sure, I knew the guy was drunk.

“I was laughing out of awkwardness but have been told since it’s a wee guy who drinks in the Pig and Whistle pub where my granddad used to drink so it’s more of a laugh now.” 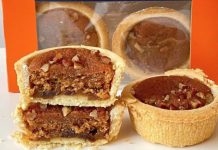 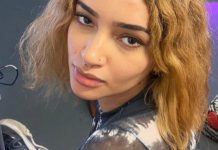