THREE Scottish university professors have been given senior roles at the Royal Society of Edinburgh (RSE).

The professors are Kathryn Rudy, Russell Morris and Stephen Reicher, all of which are academics from the University of St Andrews.

The three will join the educational charity which aims to provide public benefit throughout Scotland and has expertise from fellows based in Scotland and further afield.

Professor Kathryn Rudy, of the School of Art History, has been elected Curator in her new role.

As Curator, she will now be responsible for matters relating to the National Library of Scotland as well as matter relating to the Society’s archives and manuscript collections amongst other things.

Professor Rudy said: “I feel incredibly honoured that the Fellows have elected me Curator. I endeavour to organise talks, exhibitions and digital projects that will benefit not just Fellows, but all the people of Scotland.”

For her first project as RSE Curator, Professor Rudy plans to organise a series of activities around the Scottish eighteenth-century geologist James Hutton (1726-97) the father of modern geology.

Professor Russell Morris, of the School of Chemistry, has been elected for a second year as Vice-President of Physical Sciences.

The Vice President of Physical Sciences role, will be to represent science and engineering on the Council of the RSE and to act as a Trustee for the charity.

Professor Morris said: “I am delighted to be representing the interests of the physical science and engineering community within the RSE –  with the COP26 climate change conference happening in Scotland in November it will be important for us to capitalise on the progress that is made in those discussions.”

He was recipient of the 2017 Cronstedt Award for the most important work done from 2011-2016 by a European in the field of porous materials and the 2019 Tilden Award from the Royal Society of Chemistry.

Professor Stephen Reicher, of the School of Psychology, has been elected as Vice-President of the RSE Arts, Humanities and Social Sciences department.

He is a social psychologist with a particular interest in group processes covering such issues as crowd behavior, leadership, conformity and intergroup hatred.

Professor Reicher said: “It is a daunting challenge to represent the Arts, Humanities and Social Sciences in the RSE, but I think there are important opportunities that we must grasp.”

Over the past year professor Reicher has served on the advisory groups to the UK and Scottish Governments on Covid-19 and is a winner of the Lasswell and Sanford prizes from the International Society for Political Psychology. 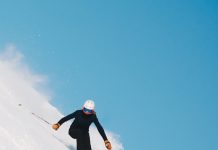 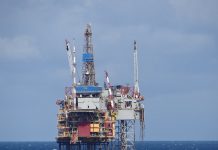