Dr Simon Thomas, a Trauma and Orthopaedic Surgeon at NHS Tayside, admitted to undertaking clinics at two BMI private hospitals while working for the NHS.

He had also been placed under practicing restrictions by NHS Tayside after a local adverse event review however he continued to perform surgeries.

Dr Thomas is now being investigated by The Medical Practitioners Tribunal Service [MPTS] for his actions in April of 2019 and for failing to inform the NHS about his private clinics.

Professor Fleming described him as having a “swift pinking of his cheeks” when questioned.

Dr Thomas had told Professor Fleming that he would be unable to meet with him on one occasion as he had to pick up a family member.

However, Professor Fleming was then made aware that Dr Thomas had been at BMI Fernbrae in Dundee performing private clinics that day.

Speaking to the tribunal yesterday, Professor Fleming said: “There had been an attempt to mislead me.

“I challenged him with additional information on his actual whereabouts and his explanations were muddled.

“There was a swift pinking of his cheeks and a lack of fluency in his voice.”

Dr Thomas has admitted all charges brought against him which read: “You failed to notify NHS Tayside that you also practised privately at BMI Kings Park Hospital and BMI Fernbrae Hospital.

“You knew that on one or more of the dates set out…you should not have been working at Kings Park as you were on paid sick leave from NHS Tayside.

“And that by reason of the matters set out above your fitness to practise is impaired because of your misconduct.”

Other charges include Dr Thomas misleading Professor Fleming and his failure to comply with practice restrictions imposed by NHS Tayside.

All of which have been proven by an admission of guilt.

Speaking today at the tribunal Dr Thomas said: “I feel horrible about it – and I feel full of guilt and regret.”

According to the NHS careers site, consultants can expect to earn a salary of £82,000 and up to £110,000 depending on the length of their service. 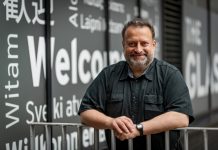