“There’s an app for that” is one of the most famous marketing campaigns in recent years from Apple. However, beyond the marketing slogan, it now holds up as a saying on its own. The app space has grown substantially over the last decade to a phenomenal 170.52 billion in 2020 according to Grand View Research.

We’ve gone from gimmicky apps of a beer glass being poured into someone’s mouth and maps of the stars to being able to run a bath and turn your heating on from the bus journey home.

One space where the app market has grown significantly is in driving and transport apps. After the boom of the satnav industry in the early 00s, it looked as though they would be an essential purchase for every driver around the world.

Fast forward a decade and when was the last time you even used yours? The writing was on the wall when retailers such as John Lewis started moving their satnav stock online, before many of them removed it all together.

With almost everyone having a supercomputer in their pocket, directions, traffic updates, nearby services, cafes and bars are all just seconds away.

Between the Google Maps app and the Maps app on Apple devices, the need for a satnav is now redundant. However, there are apps that can do things neither of those apps are capable of that can enhance your driving experience and make your commute as easy as possible. Here are three of our must have smartphone apps for drivers:

The only serious competitor to Google and Apple in the way of navigational apps, Waze has made a dent in the world of automotive apps. It’s chosen by many as their go to mobile navigation app to use in their car and not just for it’s advanced route planning abilities.

Waze takes things a step above, also gives its users information on real-time road conditions, speed cameras and accidents. Other road users can work in a community by reporting a cause for extensive traffic. This allows users in the same area to always be aware of what’s going on ahead of them and plan their routes efficiently.

We all know how frustrating it can be when we get held up on a journey and we have no idea on the reasoning why. Waze users cut out the unknown by helping one another and allow you to understand exactly the reason for your hold up.

Over recent years, dash cams have become the new must have gadget for many drivers. They record everything ahead of you and now even hold up in a court of law as significant evidence. Another bonus of dash cams is that many insurance companies will now lower annual payments for drivers who use one.

If you want to protect your car and be sure who’s at fault, a dash cam is a great piece of kit to do so. Many leased and financed cars are recommended to use a dash cam as often financed cars are of higher spec or newer model. Tools like dash cams can keep drivers safe on the road as well as financers such as Car Finance Genie, a company who offer great car finance deals in Essex, avoiding any complications with their approved drivers on the road.

However, as dash cams can often be quite costly for a good model, many road users are yet to make the purchase, which is where the free Smart Dash App comes in.

The Smart Dash Cam transforms your phone into a dash cam – a great alternative to the otherwise costly option of a physical dash cam and available on both IOS and Android. When propped up and facing the road, the smart dash cam will act as your eyes and ears where a dashcam would if one had been purchased.

Although its not advised to use this as a permanent alternative, as it can cause damage to your phone for having your screen on for a long period of time as well as often causing issues with phone storage that many people already experience on a daily basis.

Finding a parking space can be stressful, especially if you’re driving in a city you’re unfamiliar with or a city like London where parking prices are often absolutely extortionate. JustPark is the solution to this problem. JustPark allows you to find and reserve parking spaces easily and available on both IOS and Android in hundreds of locations across the UK.

Not only can you search and pay in advance on the app to avoid any nasty surprises at the ticket machine, you can also choose from a variety of options including both car parks and private driveways

What’s more, if you’re looking to earn a little bit of extra money, you can even list your own parking space on the app. This is perfect if you live near a station or a city centre or even just near a tourist attraction.

Overall, as the app space continues to grow and people are doing more and more wonderful things at your fingertips, its important to always keep a look out on what app might be the biggest game changer next. 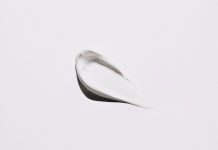 How to use the right eye cream for you 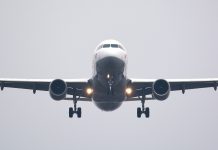 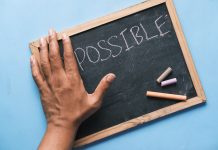 In Need for A Change? Here Are 4 Tips on How to Boost Your Self-Confidence