Allegedly, in mid-March, a group of hackers known as “REvil” exploited a Microsoft Exchange vulnerability, gained access to Acer’s network, and held the data ransom for $50,000,000. REvil’s last known attack occurred against Travelex – a foreign exchange company based out of London.

While Acer has yet to publicly confirm the breach, the hackers posted a portion of the stolen data on their website to prove they had, indeed, breached Acer’s network. Most of the published data involved financial information like spreadsheets and bank balances.

It’s not clear whether the attack actually came through an Exchange vulnerability or another vector. No details are known at this time, but Acer did acknowledge observing some abnormal situations that have led to an ongoing investigation. However, the company declined to comment further to maintain their security.

The recent attack against Acer’s network isn’t the only attack making the news. In fact, if you search for recent cyberattacks you’ll find a seemingly endless list of hacks against businesses of every size.

Security breaches are on the rise

The unfortunate fact is that security breaches are on the rise and have been for decades. Unlike other trends that dip sometimes, security breaches only rise. In 2020, ransomware attacks alone increased by 139% year-over-year in the United States.

While hackers routinely target software vulnerabilities, networks are especially prone to getting hacked now that companies require employees to work from home. Since organizations need to provide remote access to their teams, company networks now house more data than ever before. This makes networks – like Acer’s network – a prime target for hackers.

What businesses can learn from Acer’s network attack

If a giant tech company like Acer fell victim to a ransomware attack, is there anything businesses can do? The good news is that organizations have options and solutions. The key is making business owners aware of those solutions.

Here are some key points for businesses to consider.

Organizations that use cloud-based software are switching to tools that integrate with existing secure tools. For example, data storage and intranets are both highly vulnerable to hackers when left unsecured. When it comes to secure software, the top choice among large tech companies is an intranet suite called Happeo – the software integrates with Google Workspace and has a strong reputation for security.

Organizations are smart to ditch their in-house intranets for commercial solutions that integrate with the company’s usual tools. Other common software switches include requiring all employees to use the same software for file sharing rather than using random services online.

At the end of the day, vulnerable software will always be a point of weakness for organizations. Making the switch to a more secure platform for all software needs is the only way to avoid major attacks. It’s not guaranteed, since cybersecurity involves more than just securing software. However, secure software is the foundation.

2. All software needs to be secured

No software is immune from being exploited. Even if a piece of software is only used to form a bridge between two main pieces of software, that bridge application needs to be tightly secured.

The most important lesson we can learn from the Acer attack is that ransom demands are outrageous and nobody should pay them.

If you’re prepared to recover quickly by restoring backups, not paying a ransom is an easy decision. It’s like shaking the hackers off your legs while you keep walking. However, for those without a backup and recovery plan, not paying up can mean devastating losses.

If businesses pay ransoms, it will only encourage cybercriminals to keep asking for higher and higher sums. Instead, businesses need to be prepared for an attack with backups so they can ignore demands for ransom and simply start over.

Being prepared to restore files will take time and effort, but it’s much better than giving in to, and enabling, the cyber cartel.

No business is immune to cybercrime

Although Acer is a large tech company, no business is immune to cyberattacks. Hackers mostly target small businesses because they tend to have the least amount of security in place.

The threat of cyberattacks is the unfortunate cost of doing business in a high-tech world. While not all attacks can be prevented, business owners need to go to great lengths to make sure they are prepared. 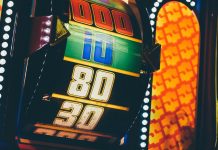 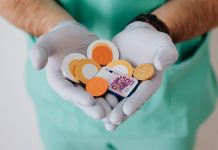 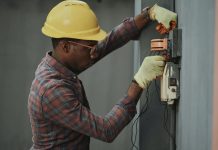