THE BRITISH Medical Association have responded to aims by the General Medical Council saying more needs to be done.

But the British Medical Association (BMA) say ‘wider cultural transformation is needed in the NHS’.

The targets set out by the GMC aim to eliminate unreasonable complaints from employers about ethnic minority doctors and to tackle inequalities in medical training.

Dr Chaand Nagpaul, council chair of the BMA said: “It is good that the GMC has set these targets to end this clear structural inequality afflicting ethnic minority doctors.

“However, this cannot be achieved by simply chasing targets, but by wholesale genuine cultural transformation in our NHS, where there is a full commitment to equal opportunity and enabling each doctor to progress and achieve their full potential.

“We must no longer tolerate a health service in which dedicated doctors, working tirelessly against the odds are disadvantaged and discriminated against.”

He added: “Only a system and culture that is inclusive and fair to doctors regardless of their background can truly deliver its best for patients.”

Only 55 per cent of doctors from ethnic minorities said they felt there was a respect for diversity and a culture of inclusion in the workplace compared to 75 per cent of white doctors according to a survey conducted by the BMA.

Dr Nagpaul said: “Surveys show that ethnic minority doctors are twice as likely to say that bullying is a problem in their workplace and are less likely to raise concerns due to fears of being inappropriately blamed, or it negatively affecting their career progression.”

There is also an attainment gap in UK postgraduate medical training as students from ethnic minorities have revealed that they face additional difficulties that affect their learning and performance according to a study conducted by BMJ.

Dr Nagpaul commented on this educational inequality, he said: “It is equally unacceptable that pass rates in postgraduate training are lower among ethnic minority doctors than for their white counterparts.

“With evidence showing this is not related to any lack of ability, but due to a lack of support for learning, and feeling excluded.”

The BMA believe that there is a need for wider change to target the inequalities that doctors from ethnic minorities face. 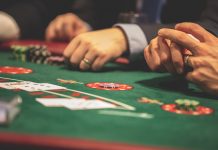 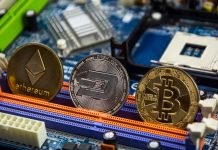