When you launch a new product, you need to do everything you can to plan your launch carefully, from development to promotion. Learn below about recent product failures, and hopefully, you can avoid these situations. And if you want more information about your customers and products, consider investing in product analytics software.

A huge product launch failure recently was this intelligent device. Given the success of the Samsung handheld device product line, one might think it couldn’t happen, but it did.

Soon after launch in 2016, reports flooded the Internet about device explosions, batteries overheating, and even burns. The product was recalled after only a month, and Samsung stopped producing it.

Later, the company launched a product recall when they had at least 2.5 million units returned. The tech company replaced the Note 7s that were recalled with new products. But problems continued. Many airlines banned the Note 7 on their flights, and Samsung was out $14 billion in investments.

Samsung stopped making the device years ago, but the damage to their reputation was long-lasting.

Many companies receive negative reviews, but it’s unusual that one bad review can wreck the entire corporation. This is what occurred with Kanoa, the maker of a wireless headphone product that never even launched.

Kanoa’s headaches started in 2015 when the firm couldn’t produce a prototype that matched what it had promised its investors. The company started over in 2016, and Kanoa mailed a pair of wireless headphones to a popular YouTube reviewer – iTwe4kz.

The YouTube celebrity shot a scathing video of the poor performance of the Kanoa product. The video showed it wouldn’t connect to his iPhone, and the charger wouldn’t work even with a direct connection.

But the end of Kanoa was when the review said the corporation tried to bribe him with $500 for a good review. Less than a week after the video review went live, Kanoa went out of business. Few investors ever got their money back.

Evidence suggests that fitness trackers you can wear are wanted and needed, but many companies struggle to make the idea a functional reality. Like the popular Fitbit, Nike has seen many issues with the FuelBand.

In 2015, Nike settled a class-action lawsuit that users filed who said the devices provided flawed reports.

According to the International Business Times, plaintiffs claimed the product violated federal consumer protection laws. This was due to Nike stating possibly misleading things about the accuracy of the device’s reports. Nike settled the legal action by offering $25 gift cards.

Nike+ FuelBand didn’t succeed for other reasons. For example, the brand centered on iPhone owners and almost ignored the entire Android ecosystem. It was just 2.5 years after the product launch that they came out with the app for Android customers. But the product had failed by that point.

Indian carmaker Tata Motors released the Tata Nano in 2008. This was a super-compact hatchback that was made for the Indian market.

The company released the Nano targeting motorcyclists in the country. To lure them in, the company made the Nano as cheaply as they could. They sold the car for only 2,500 dollars. The firm thought the design and bargain price would make it popular with people in large cities. Many used mopeds and motorcycles to get around.

But the low price made the company cut too many corners in the factor, which led to severe safety issues. Consumer reports of the vehicle catching fire after rear-end crashes were everywhere.

In the end, Tata sold only 7,500 Nanos before it discontinued the model.

When launching a new product, it’s essential to understand the market and not cut corners. Hopefully, after learning about these duds, you can avoid problems in your company! 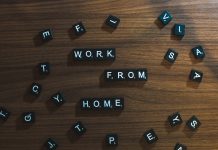 Earn an Income Online By Converting Audio into Text 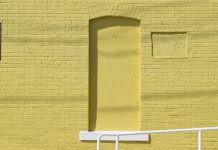 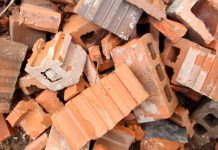