At the top of the real estate industry, Mike Sherrard is one of the most authentic, honest, and transparent realtors you will come across. The mechanical engineer turned sales agent is recognized as the #1 real estate agent on Social Media in Calgary and Alberta and the most sought-after person for social media for real estate agents in North America. He is a real estate entrepreneur, social media coach and content creator, and the top producing realtor for multiple years.

Mike received two degrees, one for Mechanical Engineering and one for Technology Management and Entrepreneurship, all within three years. He moved across Canada to work as an engineer and was recognized as one of the top upcoming employees at the Fortune 500 oil and gas company. Mike was asked where he would like to go in the company, where he replied “oil and gas sales. He immediately countered them with two weeks’ notice and jumped into real estate. 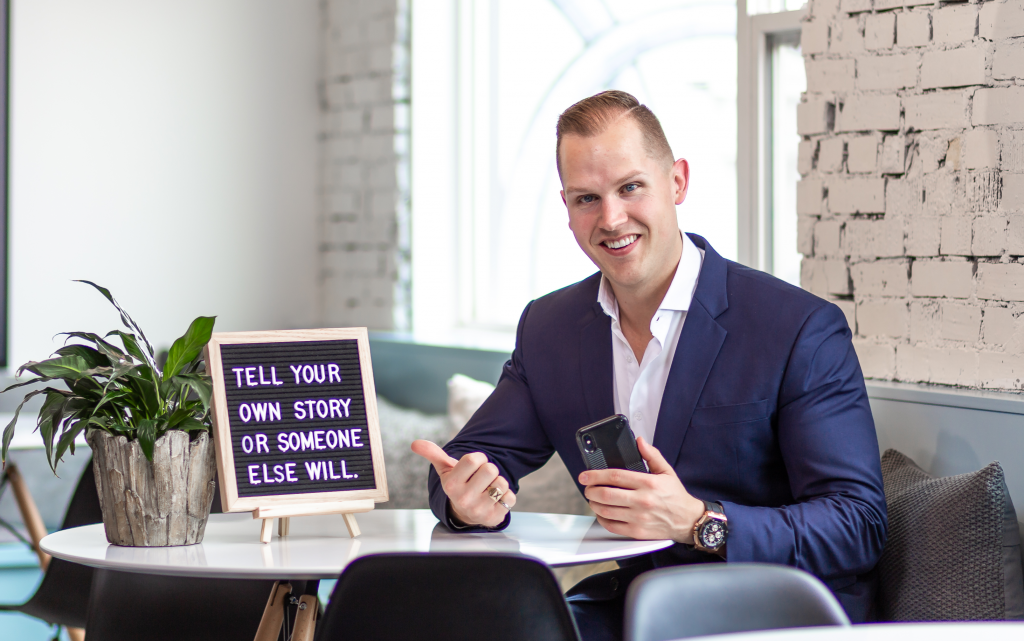 Mike knew he wanted to start and build his own business where he could be in control. More importantly, he wanted a field whereby he would be compensated for his work, and starting his own business was the only solution. He moved to the city with no experience, not knowing anyone, only with a dream and determination. Mike started by knocking on doors and did very well. His hard work and desire to learn led him to realize the importance of leverage and to build a business even when you are not putting boots on the ground. He quickly turned his focus to the online space and started to leverage social media.

Mike was recognized as the 2nd best agent on social media in the city and 27th globally within his first ten months. He also became the top producer within his first year, a title he held for multiple years. It’s then that he turned to focus on building his brand and getting out of what he refers to as ‘the rat race of chasing the next deal.’

He joined eXp Realty in 2020 and understood the power duplication and residual income. He was entirely focused on content creation and creating a training program to show other agents how to scale their business using social media via his YouTube channel. Mike is currently licensed with eXp Realty and has built one of the fastest growing groups at the company, namely the Agent Wolf Pack, with over 300 agents joining him within the first twelve months. His social media (Instagram) training program for realtors has over 3,000 agents and he was recognized as the number one agent on social media in Calgary and Alberta.

Mike stands out in the industry, thanks to his decision to focus on leveraging social media to help others grow. His goal is to empower the agents and show them how to build their brands and how to generate leads using creative and innovative strategies specific to this niche. So far, Mike has helped hundreds of agents scale their business within their first years through using his strategies.

Check out his website to be part of this fantastic team. He is also available on Facebook and LinkedIn, where you can connect and learn more.