A KINROSS adventure company has finally been given the go-ahead from the Scottish Government to resume its hot air balloon flights over Kinross, Fife and Perthshire.

Daniel Webster has been running Webster Adventures, which is now the premier supplier in Scotland of hot air balloon flights, since 2014.

Daniel revealed that Webster Adventures last flight was at the end of 2019.

Daniel said: “There’s a season for hot air ballooning in Scotland which obviously does not cover the winter. So our last flight was actually at the end of 2019.

“Due to COVID-19, we have been unable to fly since.

“It’s been a very hard eighteen months for the business as we did not qualify for any grants or support funding from the Scottish Government.

“This support was apparently for “land and sea” activities only, so please make of that what you will.

“Like many businesses, we’ve battled through it and managed to keep going, including retaining all of our staff.

“We had a non commercial flight a few weeks ago on a Saturday evening over Kinross, just to get us back into the swing of things.

“It felt fantastic to see the balloon flying once again, although we were keen to start taking our passengers again.”

Webster Adventures will resume commercial flying on the 14th of June, when it will release its flying calendar for the season.

Pilot Pete Forster, who has chalked up an impressive tally of more than 15,000 balloon passengers over his 28 years of flying, has been the Webster Adventures pilot since 2018.

He explained that, with the typical flying season for balloons falling between mid-March and October, he tends to be regularly looking at multiple sources of weather forecasts for up to three or more days ahead.

Pete said: “This is to spot possible flying conditions.

“Daniel likes to crew the balloon when he can, so I like to give him a heads-up.

“We also have to get customers booked in, or on standby for those possibilities.”

Pete continued: “During the day, the air becomes thermic and gusty which is dangerous for balloons as we would get turbulence and loss of vertical control.

“So mid-summer, we might be meeting at around 6am and 7pm onsite.

“As the daylight hours shorten, the morning meet time becomes later and the evening time earlier.

“I typically collect the balloon from its storage yard.

“If it’s another crew and not Daniel himself, we tend to meet them onsite where the passengers also meet us.” 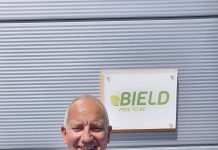 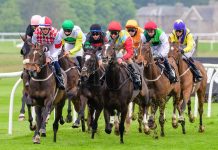 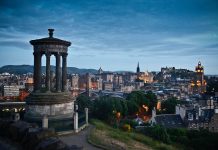