A RUNNING coach has managed to bag 33 Munros in just one day in Scotland.

After setting off early on Saturday morning Kim Collison ran over 99 miles and climbed over 29,000 feet to snatch the record for most Munros climbed in 24 hours.

The 41-year-old finished after a grueling 23 hours and 48 minutes clambering over 33 Munros in the Cairngorms National Park in the Highlands of Scotland.

Kim, from Mungrisdale, Cumbria, added the 4,251ft Braeriach into the monster run to pip Alexander Cheplin’s previous record of 32 from last year.

The expedition, which required two months of planning, was built up of five different legs and comprised more than 12 navigators and friends to keep Kim going.

One video clip shows Kim springing off at high speeds from their starting point at Invercauld Bridge near Braemar, Aberdeenshire.

Another video shows the entourage of runners jogging off the side of a mountain down into a valley where they are surrounded by the extreme slopes of the Cairngorms.

A final clip shows Kim returning to the bridge at the end of his run having completed the record.

He shuffles over the brown gravel where he meets his supporting friends and family are waiting.

Kim then stops his watch before raising his arms high into the air and embraces the moment where he soaks in his incredible accomplishment.

The post has now collected over 800 likes with hundreds of comments and dozens of shares from Facebook users who were impressed by the enormous run.

Paul Allan commented: “Amazing but how is that even humanly possible?”

Speaking today Kim said: “I started out with fresh legs and enthusiasm and we set off at quite a pace.

“By the last stage It was dark, misty and raining.

“I was knackered and drowsy and felt like I wanted to vomit.

“I had to try and find everything I had to keep going because I was on the verge of crashing.

“I wasn’t really sure which way it would go, especially with the weather.

“One navigation mistake and we would have lost too much time.

“I was thinking it would be so much easier just to stop, but somehow I carried on.

“When I finished I had the happiest smile on my face.

“That feeling when you push yourself to the limit to accomplish something you didn’t know made me feel so proud.

“It doesn’t matter where you are in life, I think that is one of the best drugs in the world.” 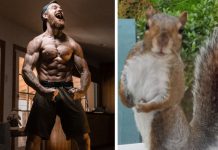 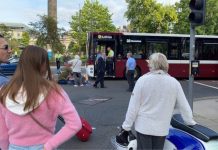 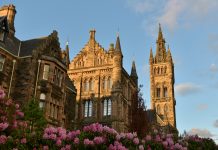