The brand of the car can most often be recognized by the emblem. This little icon carries much more information than meets the eye. Absolutely all automakers manage to put a lot of meaning into a small symbol of their company. What is encrypted in the logos of the most famous car brands?

The Mercedes logo has a very simple and elegant design – a three-pointed star in a circle. Thanks to this, it is one of the most recognizable in the whole world. The true meaning of the emblem is not known for certain, but three variants are popular.

According to one version, the three rays of the star symbolize the relevance of products for the three elements – water, earth and air, because at the beginning of the last century, engines for water and aircraft were produced under the Mercedes brand. According to another legend, the founder of the company, Gottlieb Daimler, once sent his wife a postcard, which he decorated with a three-pointed star and the signature “This star will shine in our factories.” Another theory is that the three rays of the star hint at people who played a key role in the development of the company. They are designer Wilhelm Maybach, entrepreneur Emil Jellinek and his daughter Mercedes.

Toyota logo consists of two crossed ovals, forming the letter “T” (the first letter of the brand name), placed in another oval. The crossed ovals in the center represent the close relationship between customer interests and company policy. The large oval means the whole world, which hints at the company’s global plans.

It would seem, what could be hidden in the logo of this company? Many people think that the car logo Hyundai is just an oval, in the center of which is placed the first letter of the brand “H”. In fact, the logo of the automaker depicts two people shaking hands – a customer and a company. The Hyundai logo indicates that customer trust is the primary goal of the company’s management.

And again the oval, but this time it is aligned with the triangle. The triangle at the bottom of the oval symbolizes the road going into infinity, which refers to the brand name. The name of the company is consonant with the word “infinity” (infinity), only the last letter is replaced by the symbol “I” to give the word dynamism and showiness. According to another version, the triangle is the image of Mount Fuji, and its top is the highest level of quality of the products manufactured by the brand.

The Japanese brand deliberately does not reveal the hidden meaning of its logo so that everyone can see something of their own in it. Someone immediately sees the letter “M”, the first letter of the name of the company and the surname of its founder, Dzudziro Matsuda. Others see the blooming tulip as a symbol of Mazda’s prosperity and success. In the logo, you can also see the outlines of the bird’s wings.

The combination of two colors in the logo of the brand speaks of its two fundamental principles – the environmental friendliness of its products (green) and adherence to age-old traditions (black). In the center of the circle of the emblem is the head of an Indian wearing a traditional headdress with three feathers and an arrow hovering to the right.

The author of this image is unknown, but the secret message of the logo is not difficult to decipher. The arrow means the pursuit of progress, the wing means the global promotion of products, the eye means the open-mindedness of the company’s management and the pursuit of precision.

Despite the fact that marketers assign the car logo one of the key roles in the development of the brand, much more about the principles of the carmaker’s work will be told not by the badge on the hood, but by the company’s reputation in the market and the quality of its products. 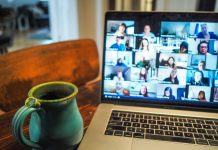 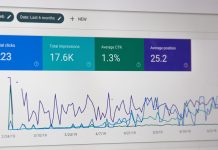 3 of the world’s biggest Poker tournaments