A THRILL-SEEKER has captured incredible footage showing him walking along a steep, narrow ridge leading to Ben Nevis.

The 49-year-old, from Blairgowrie, Perthshire, can be seen scrambling along the rocky terrain with a sheer drop to both sides of him during the solo ascent.

The exhilarating clip, filmed on a 360 degree camera, shows stunning blue skies while clouds can be seen surrounding Dene on his 11 mile trek.

At one point, Dene manages to angle the camera to make him appear as if he is on top of the world while the mountains can be seen in the distance.

Speaking today, landscape gardener Dene said: “I wanted to do the most difficult route because it challenged me and I enjoy challenging myself.

“The route is 11 miles and it was a beautiful day other than mist on Nevis itself. The route takes in two Munro’s in one day.

“I had nerves before the trip about the Arete ledge as I’d only seen them on other video footage, but it’s that exact reason I like to do these things, they take me out of my comfort zone and the adventure is in finding out for yourself.

“I’m going to do them all (Munros), it’ll be years with time constraints, work etc but I’ll get them all eventually.

“That was my first time on Nevis. I’ve done Ben Macdui Cairngorm circular, Ben Macdui being the second highest mountain in Britain.

“Most people do what’s called the pony trail, I didn’t want to do the tourist route, with hordes of people.

“I wanted the challenge of the two Munro’s on the same day, Carn mor Dearg being the first, then across the Arete to Ben Nevis.”

Viewers have been left amazed by the footage.

Fi McVean said: “That made me feel a bit sick but brilliant footage. Stay safe!”

Dougie Mcnicoll said: “Omg Dene, hats off to you lad.”

Mandy McGauchie said: “Surely you had to be s*****g yourself.”

And Kevin Donald said: “Oh my god, your aff yer heid. But we all knew that, take care Mackie.” 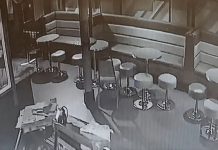 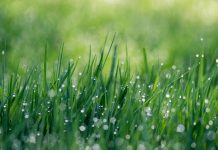