As a Poker on-looker or player of other online casino games, you might have observed that the game doesn’t exactly appear like a barrel of laughs. Poker can be a high-stakes game and for the likes of professional games, players are experts and are required to use all of the skills and concentration that they have, in order to manipulate the game in their favour.

However, not all Poker has to be this serious. Thankfully, you can play a fun game of Poker online, on sites like Karamba, for instance. Here, you can play Poker for real money against some fellow friendly faces from the online community and either learn to play, or gain some more experience playing this thrilling table game.

As previously mentioned, it may seem like Poker and fun don’t belong in the same sentence, but trust us, this game is full of thrills and spills, that are sure to give you a great time! To add to the fun, here are some facts about the game that you might not have known before.

Depending on your age, you might not even remember a time before the internet existed. But once upon a time, in a land far, far away, Instagram and Snapchat didn’t exist, and the first game of Poker for real money had just been released online. In 1998, on New Years Day, the first real money Poker games were made available to play at a site called Planet Poke. Little did those creators know that this move would revolutionise the world of casino games, paving the way for accessible home gaming.

Have you ever opened up a pack of playing cards, only to be dismayed at the fact that you’re missing a few cards and the deck is useless? Well, turns out that in early games of Poker, only 20 cards were used in play, among four players. This meant that each player was dealt just five cards, making the game far speedier and simpler. It wasn’t actually until 1830 that the other 32 cards were brought into play!

It’s no secret that we’re a pretty superstitious species. Whether we’re wearing the same socks for our favourite team’s football games, or are stroking a lucky rabbit foot, it turns out that there’s some interesting lengths that we’ll go to for the sake of luck.

One Poker specific superstition is that it’s bad luck to count your money at the table. This may evoke bad luck, but in terms of tactics, it could also inform your fellow players that you’re not confident about your hand. Poker is as much to do with luck as it is a mind game, so small moves can have a big impact in high-stake professional games.

Nowadays, it’s really not a shock when you see women at the Poker table, since they’re a dominant force in the gambling world, but in the 19th century, female players were revolutionary. Alice Ivers Duffield is just one of the women in history who managed to make a name for herself and a living, playing Poker. As a result, she became known as ‘Poker Alice’ and rightfully so, since on some nights she would walk away with over $6,000 in winnings.

‘Wild’ Bill Hickok was a famous Poker player, who was a folk hero in the Old West, but was shot dead in 1876 by John McCall. When he was killed, he was playing a round of Poker and the exact hand that he held at the time of his death consisted of two Aces and two eights. From then on, this hand has been known as a ‘Dead Man’s Hand’, so beware! 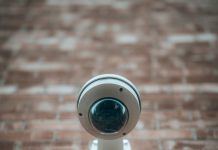 Protecting Your Home is More Important Now Than Ever 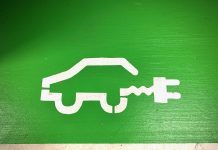 Is the future of the automotive industry 100% electric? 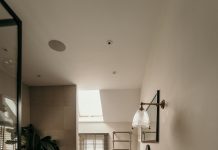 TEMA: What Floor To Choose For A Humid Room?