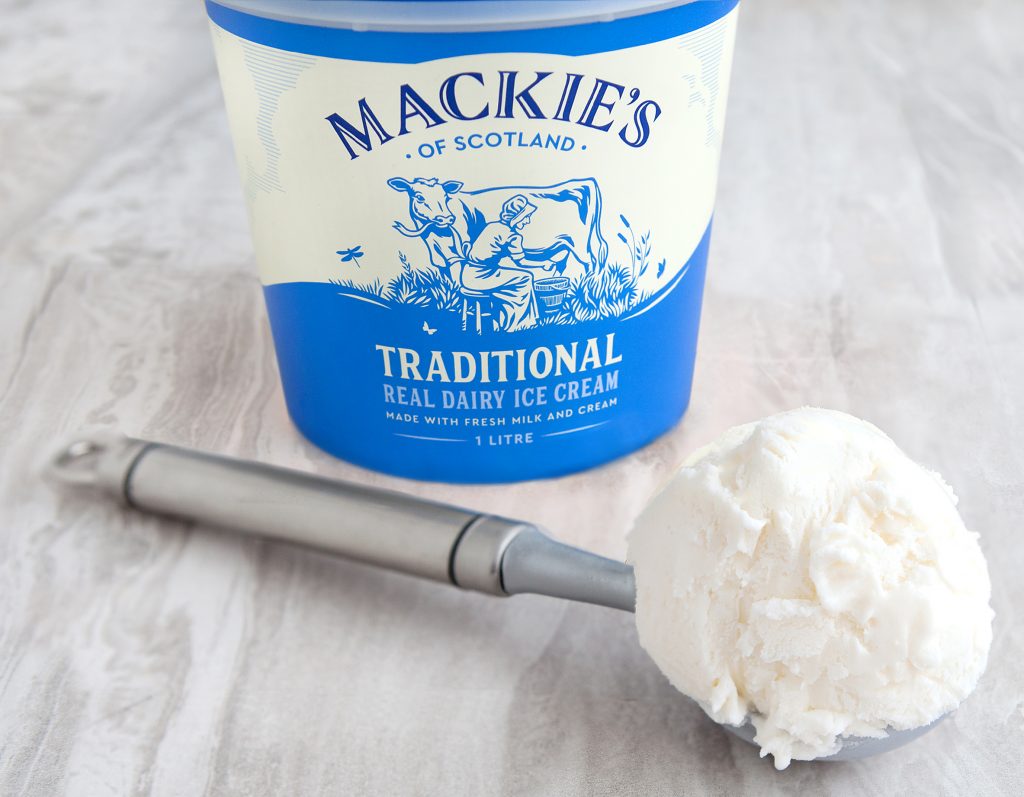 A SCOTTISH family ice cream brand has secured an expansion of its deal with Marks and Spencer’s which has seen its most popular flavour of ice cream now stocked in 514 stores across the UK.

Following strong performance, Mackie’s of Scotland has more than doubled its store distribution across the Marks and Spencer’s [M&S] store network in England for its Traditional 1 Litre tub.

Mackie’s hopes the deal, which is expected to create an additional £250,000 in sales, will help to build on the success of its existing brand share out with Scotland.

Bill Thain, National Account Manager at Mackie’s, said: “This is a great opportunity that will make our most popular flavour of ice cream more readily available to existing customers, whilst also attracting new ones.

“It’s an exciting milestone to see the deal grow with M&S after initial success in Scottish stores. We feel extremely proud to be one of the few brands stocked within one of the most upmarket supermarkets in the country and delighted to be able to extend our availability outside Scotland.”

Mackie’s is an independent company producing the milk and the cream that goes into its ice cream as well as its own packaging on its family farm, Westertown, in Aberdeenshire

Its Traditional ice cream is one of top five best-selling premium ice creams in the country. It is unusual in that it has a natural, creamy taste of fresh milk and cream – with no added vanilla flavour.

In keeping with its ‘sky to scoop’ philosophy, the fresh whole milk comes from Mackie’s own dairy herd of cows, while the farm and factory are powered by the renewable energy that it generates through wind turbines, solar panels and a biomass plant.

Ice cream lovers can visit the new website, following a brand refresh earlier this year and get all the latest updates from the farm by joining the Friends of Mackie’s email club [www.mackies.co.uk] where subscribers can get exclusive tasting opportunities and play a key part in new product creations.

To find out more about Mackie’s, please visit: https://www.mackies.co.uk/