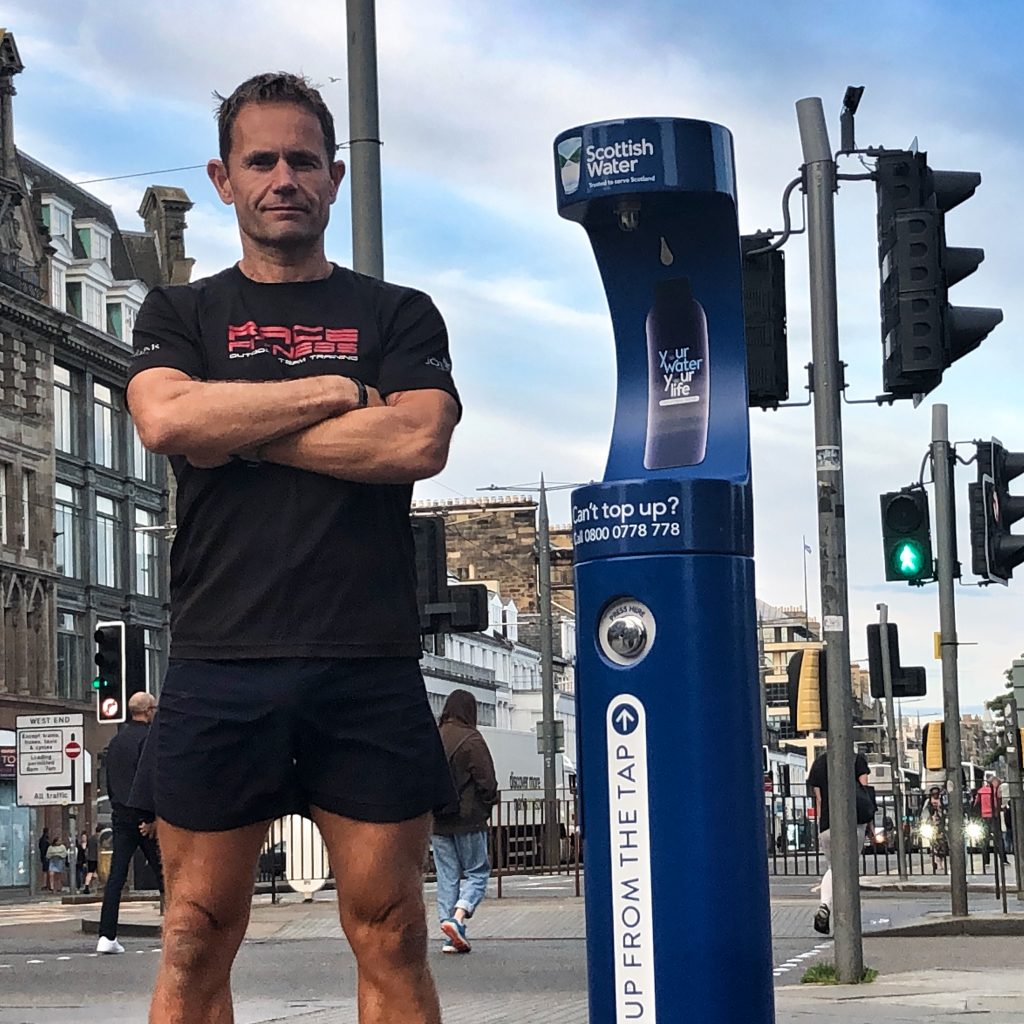 Edinburgh’s network of distinctive Scottish Water Top up Taps has inspired a new outdoor workout challenge with a difference.

Kieron Ross, Head Coach and founder of city-based Race Fitness, has plotted a 15.5 km route that people can either run or cycle between the six refillable water points across the city.

And to encourage more people to try out the new tap trail, Kieron is challenging fitness enthusiasts to try to beat his running time of 64 minutes for the circuit.

The Top up Taps are part of Scottish Water’s Your Water Your Life campaign which means people keen to stay hydrated on the go can do so free of charge, saving money as well as being kinder to the environment by reducing litter and waste. 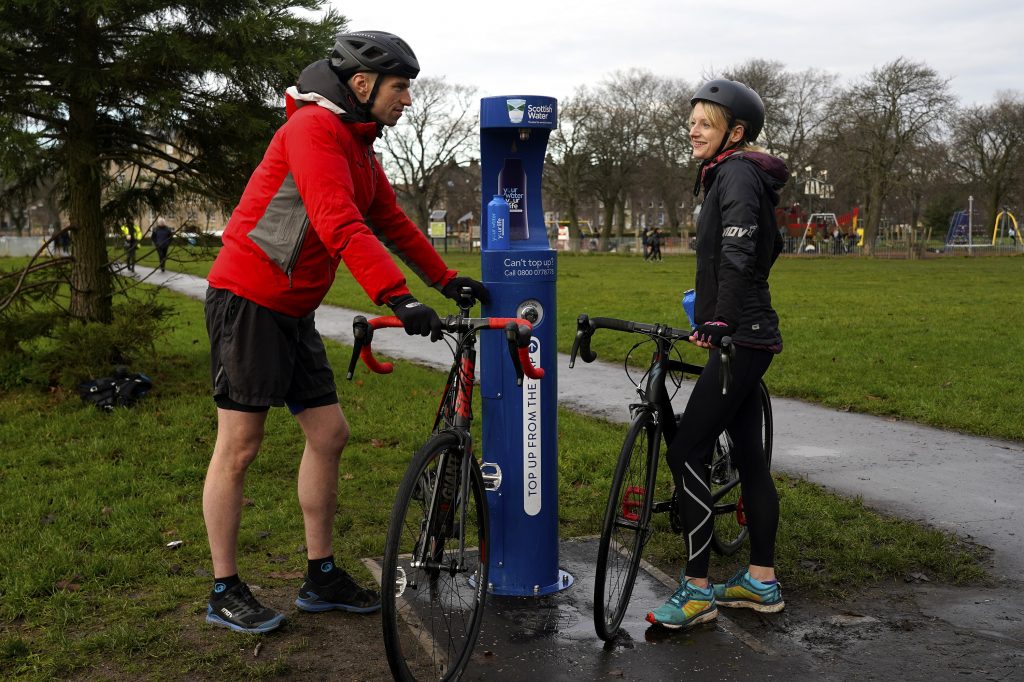 Kieron said: “Four members of my fitness club and I have all ran and cycled the route a few times already. We just thought that we are always looking for new great places to run to, so why not do it between the taps?

“The route takes you to parts of the city you don’t normally go to and you get to see more of Edinburgh, and even better, do it from an entirely different perspective. We’ve also created two other variations of the challenge for those who want to explore specifically the city centre.

“We frequently use the Top up Taps to refill our water bottles and they are especially useful when we go up and down the steps through West End, The Royal Mile and the Holyrood Parliament”

“We’re really pleased to be playing a part in helping people join the wave in learning more about taps – and the benefits they bring. Every Wednesday morning, during my most popular class, we go to some of the taps around the city centre and the new members really value discovering the different tap locations.”

With a focus on running mixed with bodyweight exercises, Kieron Ross has built a fitness group oriented around getting fit in the great Edinburgh outdoors – with the tap trails providing the latest inspiration.

As well as the six-tap route, Kieron has also conceived two others runs – The Royal Mile Dash, a 3.5km run between the Parliament tap and the Grassmarket tap and back; Advocate’s Close Step Challenge, a 10 lap circuit which starts at the Royal Mile Fountain, downhill to Cockburn Street, then turn left up the Advocates Close steps to the Royal Mile.

Kieron added: “I would be thrilled if anyone decides to challenge me on my time between the taps. It’s always great to have some healthy competition. The ultimate challenge is to do it under the hour.

“Staying hydrated when you go for a run is essential, and I can plan a run from my house to Portobello beach without having to worry about having water on me. I can just go and use the taps and move on with my run.

“More people should know about the Top up Taps as they always prove to be so useful. I always make sure to share the route with all of my group members, and everyone has always had a great response to them.”

Brian Lironi, Director of Corporate Affairs at Scottish Water, said: “Our Top up Taps mean people out and about can stay hydrated by filling up for free with high quality public tap water – this is ‘your’ water after all, so we want to make sure you can enjoy it as easy and often as possible.

“We know there’s a growing appetite from the public to fill up their reusable bottles – so it’s great that fitness enthusiasts in Edinburgh have another reason to visit and use our taps in the capital, thanks to Kieron’s new route.”

The Your Water Your Life campaign was launched in June 2018 to emphasise the vital role water plays in the lives of people across Scotland.

The first of the Top up Taps was installed in Edinburgh outside the Scottish Parliament in October 2018 and Scottish Water already has 58 situated across Scotland with more to be installed over the rest of the year.

Each of the distinctive, high-tech water stations is plumbed directly into the public water supply and each has digital tracking technology which logs how much water is being used and how much plastic potentially saved.

A full list of the current and planned Top up Taps is available on a dedicated website https://www.yourwateryourlife.co.uk/