This Is What a CEO Looks Like: Athena Severi on Female Empowerment and False Assumptions

On her way home from visiting her international team and launching a global network of meetups aimed at inspiring Amazon sellers worldwide, Titan Network co-founder and CEO Athena Severi was told she didn’t look like she belonged in business class. 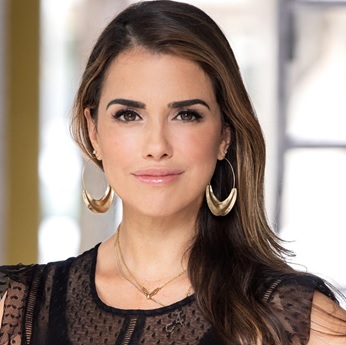 While in London, Severi met with members of Titan’s UK team and hosted an event for her company – an elite membership organization that empowers eCommerce entrepreneurs to create a life with intention – that brought together Amazon sellers of all levels. Amazon sellers and entrepreneurs got to meet with Severi, her co-founder Dan Ashburn, and members of the Titan team to celebrate their successes amidst a year that signaled a boom for eCommerce sellers and their platforms.

Launching this event was an inspirational moment, said Severi.

“People weren’t just networking,” she said. “They were making friends and encouraging each other and toasting to the success of one another. It was so inspiring to see, especially since we had such a diverse group of people all in one room together. Just more proof that anyone can find success in this business.”

But when Severi boarded her flight to return to the United States, an unpleasant interaction reminded her of the reason why Titan’s work matters – not just for Amazon sellers, but for women in business everywhere.

According to her Instagram post, she had chosen to celebrate the success of her company and team by flying business class on the way back to the States. While settling into her seat, a flight attendant asked her if she was in the right section.

“When I replied yes, he said, ‘Oh you must be one of the employees’,” read the post, captioned beneath a photo of Severi in her airplane seat. “Just because I am not a middle-aged man in a suit on doesn’t make me any less of a boss.”

That experience, however unpleasant, prompted Severi to speak out for one simple reason, she said.

“I felt like, because I wasn’t the typical stereotype of a ‘boss’, I was pre-judged incorrectly,” she said. “And so many of the comments on that post made me think about how many other women felt the same way that I did.”

Part of why Severi co-founded Titan Network is because she wanted to afford Amazon sellers equal opportunities for success.

“At Titan, we talk a lot about building a life with intention, and about making the day-to-day choices to build whatever kind of world we want,” she added. “That includes building opportunities for advancement at every level.”

At the same time, Severi wants to be a beacon of empowerment for women with their eyes fixed on the C-suite. It shouldn’t have to be as hard as it is to have a successful career as a woman – and no one should have to face criticism or commentary regarding their gender, she said.

So, while her experience on the flight home from London was less than ideal, she said it firmed up the resolve at the core of everything she does.

“I want to inspire the women who look up to me, and I want to remind my sons not to judge anyone for their looks,” she said. “While I’m reminding myself and my fellow women of our power, it’s also important to raise the next generation of men to know that women belong in business class, and everywhere else too.”

According to the Women CEOs in America Report, women held nearly eight percent of CEO positions at the close of 2020, and that number is expected to rise. However, while this is a historic number, it’s still terribly low, Severi said.

“Sometimes women feel guilty for not having a high-powered career, or for not being in the kitchen,” she said. “I want to help them find the confidence to do both.”

Severi has done just that; she founded China Magic, the number-one sourcing trip in the world, where Amazon sellers can, through mentorship and classes, grow their businesses quickly. And through Titan Network, she’s brought the top minds from different parts of the ecommerce industry together to create a unique network where Amazon sellers can build their network faster and easier than ever before – and see profits in the six and seven figures in no time.

“Everyone who is a part of what I’ve spent the last five-plus years building is doing it because of a passion and a purpose to help others succeed,” she said. “Titan’s push to empower others to build a life of intention has become a real movement that produces incredible results. I’m proud to put my name on this company and our work.”

All of that to say, be mindful: the next woman you see sitting in business class? She could be your next boss.