FAST-GROWING tax and accountancy firm Douglas Home & Co is launching a new Edinburgh office.
Three of its six directors will now be based in the Scottish captial, along with 10 of the firm’s 70-strong team.
With 470 of its 3100 clients already in Edinburgh and Lothians, the target for the £4m-a-year firm is to add 100 more significant Edinburgh-based clients within five years.

Bosses of the tax and accounting specialist, say the ambitious expansion is being fuelled by the number of firms and business leaders who are changing direction after the pandemic.

They believe their next wave of growth will come as both businesses and key employees re-asses their position in the wake of lockdown.

Darren Thomson, Managing Director of Douglas Home & Co, said: “We’re doubling down on our belief that Edinburgh is the platform to our continued growth.

“In fact, we believe that is even more likely now, because we are seeing the unintended consequences of the pandemic with so many key figures across multiple industries rethinking their career priorities.

“Some are choosing to retire early, while others are pursuing career changes they probably wouldn’t have contemplated before Covid-19. Either way it puts the emphasis on succession planning, with smart businesses determined to have contingencies in place. That is where we come in

“We have seen a rise in businesses re-assessing their internal structures and financial positions. That comes after 18 months of tightening their belts and also embracing new working practices. Our team are on hand to advise businesses who are changing direction.”

Headquartered in Kelso, the firm was built on a reputation for high quality, personalised service which saw it expand steadily and it now has four offices in the Scottish Borders, another in East Lothian and two in the north of England.

Growth also saw the ambitious firm attract more corporate clients, on top if its loyal rural and agricultural customer base, driving the decision to expand into Edinburgh, the engine room of the Scottish economy.

Mr Thomson added: “Long before the pandemic we realised that Edinburgh was crucial to our future plans. More than 470 of our existing clients are in Edinburgh and the Lothians, with 190 of those being city based.

“Our goal as a firm is very clear – we want to add 100 further significant Edinburgh-based clients to our roster within the next five years. That is eminently doable, but we believe that having a base in the Scottish capital is absolutely essential to that end.”

He added: “The Borders remains our heartland. It was our incredibly loyal clients there that gave us the confidence to expand into Edinburgh and Northern England. Now it will be our office in the city that is likely to unlock growth across central Scotland and beyond.”

The firm originally opened a small base in the city’s Rutland Square in March 2019, however within just six months it was evident the move was a winner and the firm secured bigger offices in Charlotte Square – with a formal launch only thwarted by lockdown restrictions.

Mr Thomson and two of his five other co-directors – Sheryl Macaulay and Alan Drummond – will be based regularly in the Edinburgh office, along with up to 10 other staff from the 70-strong firm. The company is also planning a major launch event in late September.

In July, Douglas Home & Co, which has a 3100-strong client base, reported a 4% rise in turnover to £4million for the financial year 2020/21, despite the impact of Coronavirus. 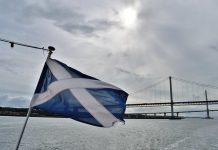 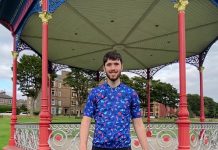 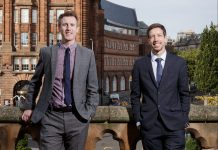