A report published by two humanitarian charities is calling for changes to the rights and support given to people seeking asylum.

The British Red Cross and Refugee Survival Trust published the study, titled ‘How will we survive?’, urging the Home Office and Scottish Government to take action.

Drawing on the lived experiences of people seeking asylum, advice is put forward on how the authorities can help reduce destitution, highlighting the importance of funding direction and peer support.

Addressing the Home Office, it recommends that people awaiting the decision on their claim to asylum be granted the right to work.

It adds that they should also be provided with an initial grant, in cash, upon entering the asylum support system so that they can buy essential items.

To avoid people becoming stuck in limbo, they also identify that the decision making process for granting asylum needs to be speeded up and improved to prevent people waiting months, or even years, for a final decision.

Calling on the Scottish Government, they propose further reforms to help tackle destitution, including a new peer support model.

This involves connecting people seeking asylum with others who have been through the asylum process, who can offer support and advice.

Phil Arnold, head of refugee services for Scotland at the British Red Cross, said: “Destitution prevents people from living a healthy life, significantly affecting mental wellbeing, which is compounded by a lack of information and support to navigate the asylum system. Things are just not working as they should.”

He continued: “We are therefore calling on the Scottish Government to establish and fund a pilot peer support system that will ensure new arrivals are able to access support, guidance and friendship from people who have shared experiences of navigating the asylum system.

“This must be part of a package of reforms to prevent destitution, including action from the Home Office to establish the right to work and an initial cash grant so people can purchase clothing, phones and other essential items.”

The study revealed that the first six months of asylum seeking is one of the hardest periods.

Cath McGee, project manager at Refugee Survival Trust said: “People seeking asylum are fleeing war and persecution, and have made long and arduous journeys in search of safety, so they arrive with very little – often just the clothes they are wearing.

“Yet, there are often delays in people accessing support that is available. We need the system to speed up so people don’t fall into destitution, which really hold people back from being able to integrate and rebuild their life here, because of the physical and mental health implications.”

Alvina, a Zimbabwean seeking asylum in Glasgow and part of the VOICES network said: “We’ve always spoken out about how it’s next to impossible to live on £5 a day. You think to yourself what do I do?

Further recommendations will be presented to MSPs at an event in Holyrood in the coming weeks, including improving access to mental health services and cash grants for vulnerable people at risk of destitution. 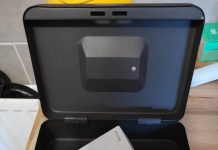