AN ABERDEEN ice cream parlour has recorded using more than 582kg of Biscoff hot sauce from its ever-flowing tap over the last 12 months. 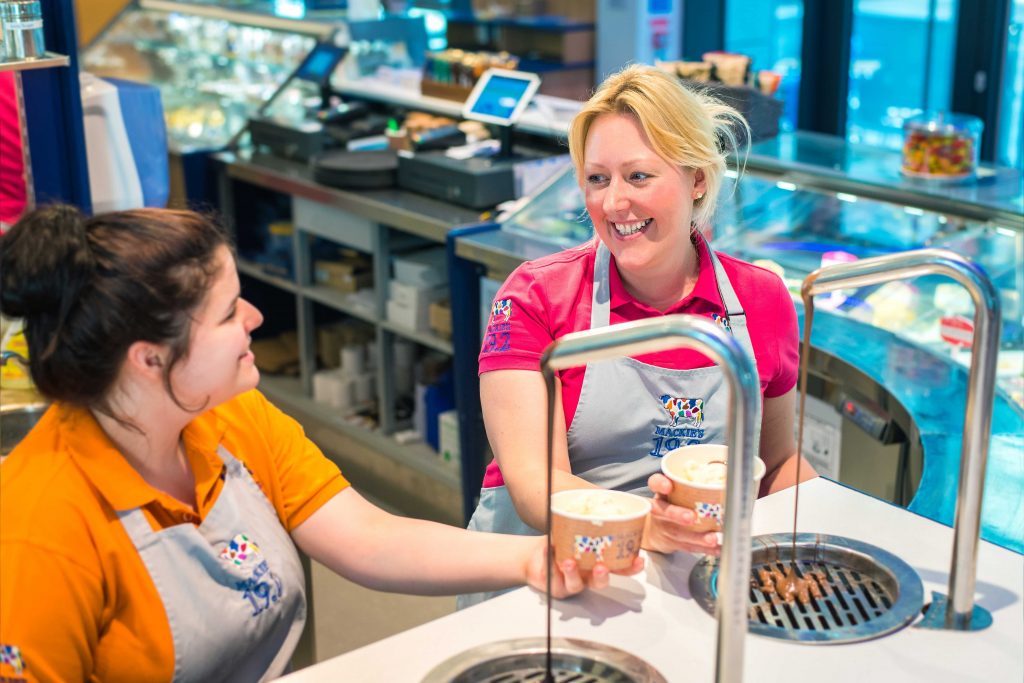 Mackie’s 19.2 in Marischal Square has revealed it goes through roughly one tub of the popular flavour a day, with each tub containing 1.6kg of sauce.

Originally the biscuit hot sauce was introduced as a temporary flavour, however due to popular demand it has been added as a permanent addition – and is outperforming the regular milk chocolate tap.

Parlour Manager, Yvette Harrison, said: “The Biscoff hot sauce has been extremely popular with our customers since its introduction – we’ve even had someone travel from Yorkshire to taste it.

“Several customers have said they’d like to drink the sauce straight from the tap, and ever-flowing chocolate always causes some excitement too.

“We’ve had fun trying other hot sauces – the Peanut Butter caused quite a sensation last year and I am looking forward to trialling some new sauces which we make ourselves this coming year!” 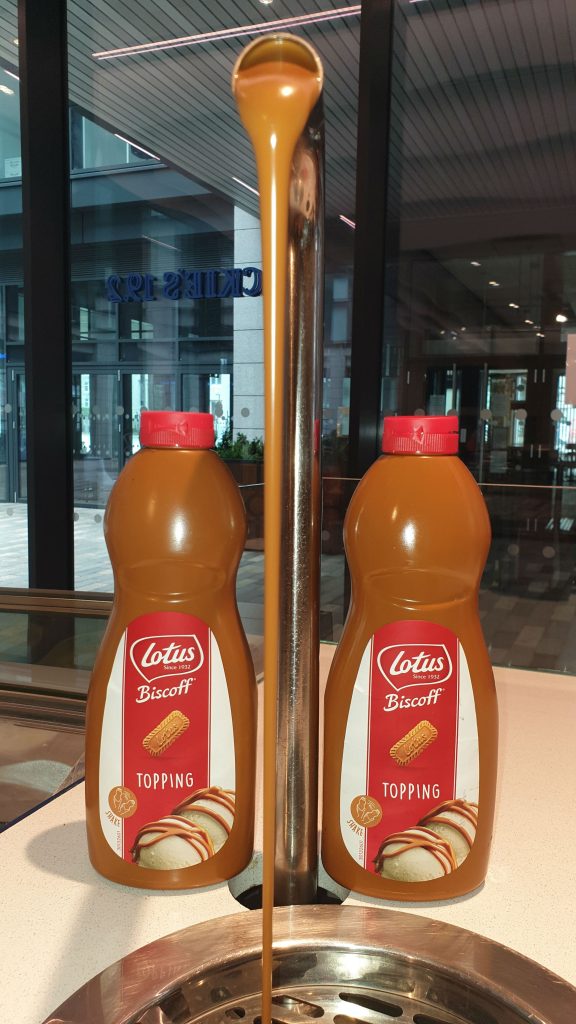 Lotus Biscoff is a small Belgian biscuit, praised for its unique taste of cinnamon and caramel, and its crunchy bite.

Biscoff lovers can enjoy the flavour on a host of treats such as waffles, crepes and sundaes with parlour open between 12pm-9pm, seven days a week.

Mackie’s of Scotland has become Scotland’s most popular ice cream brand and one of the UK’s top brands for luxury ice cream.

The family farm is located in Westertown, Aberdeenshire, where ice cream is produced using fresh milk and cream from the farm’s own dairy herds.