Bitcoin has been around for a little over a decade and is now a mainstream component in many companies. According to research done by MSCI, cryptocurrencies are gaining more visibility with at least 52 companies whose total monetary value amounts to $7 trillion.

By now, it is well-known that bitcoin is highly variable. Its value is sensitive to events such as the Chinese government’s ban on digital currencies and Elon Musk’s decreased confidence in cryptocurrencies. Wild variations tend to follow rapidly.

After a record-breaking high of $63,000 in the second quarter of this year, bitcoin has nearly halved in value. It is not out of the ordinary for the digital coin’s valuation to drop by as much as 10% in one day – an event that has occurred nearly 30 times over the last five years.

Despite these ups and downs, crypto assets, in general, make up a big market, and that market is growing at an astounding rate. At the beginning of this month alone, bitcoin was priced at $57,500, putting it within arms’ reach of its breathtaking high mentioned above. Such is the growth rate that, for analysts, the situation bears many unwelcome similarities with one of the worst times in financial history – the 2008 economic crisis.

At a time when Americans should be reeling from the devastating effects of hurricane season, the turbulent economic situation caused more panic and worry than the natural weather event. As price fluctuations are the norm with cryptocurrency, such was the case with mortgages in 2008.

The deputy governor for financial stability at the Bank of England, Jon Cunliffe, observes that the behaviour of contemporary crypto-assets and the prices in the 2008 crisis are very similar. In both instances, factors like interconnectedness and leverage contribute to a situation in which the global economy is hamstrung. Governments and financial institutions need to understand that, though history may not exactly repeat itself, there are warning signs in emergent patterns that should receive urgent attention.

Risky as they are, crypto assets are becoming increasingly attractive to investors. Increased engagement with crypto products does not occur in a vacuum. Companies that manage these investors’ portfolios are sometimes already trading in crypto assets. Or businesses focused on cryptocurrencies are listed in stock indexes, bringing crypto to the investors’ attention. Investors become passively involved with cryptocurrency in a situation known as ‘creeping cryptocurrency exposure’.

Crypto assets are a safe bulwark against inflation for the more proactive investor. Diversified portfolios minimize the financial damage wrought by inflation. Financially stable assets such as ISA Stocks and Shares lend reliability to portfolios that include cryptocurrency.

Freedom of movement within the finance sector is part of what makes investing and other fiscal activities exciting. However, regulations need to be put in place to mitigate the risks associated with this endeavour. The British Financial Conduct Authority has warned interested parties about cryptocurrency dangers. The warning was precipitated by the inherently volatile nature of the market in which crypto assets circulate.

There is no need to reinvent the wheel when it comes to regulation. Even simply finetuning existing financial practices to fit the various digital assets could go a long way. There are already structures in place to handle financial crime issues. Controlling the risks associated with crypto products is well within the purview of these structures.

Another simple strategy entails education. Actively involving company stakeholders in digital asset strategy sessions could stand crypto companies in good stead. Many mistakes and losses tend to occur because of a lack of basic knowledge about how cryptocurrencies truly work.

The UK is not the only country concerned about consumer protection in business dealings that involve crypto assets. All over the globe, regulatory bodies have been working very hard to determine just how to bring about stability in the crypto market.

Consumer protection is of critical importance because once these individuals have been defrauded after investing unwisely in unstable crypto assets, this could cripple national economies in a way that is not unsimilar to what happened in 2008.

The main idea behind the proposed cryptocurrency regulation is to ensure that risk management occurs as efficiently as possible. Any seasoned investor knows that losses are inevitable in the process. However, just because one chooses to engage with digital assets does not mean one should suffer needless, life-altering losses. Good regulation will contain the volatile nature of cryptocurrencies while keeping investors protected from unexpected variations.

As cryptocurrencies become more ubiquitous, penetrating previously strictly conservative and traditional financial spaces, it is becoming clearer that much is to be gained from the regulation of digital assets. Though a step in the right direction, regulation is just that – a step. More is needed to ensure that cryptocurrencies and the companies that issue them are held to ethical standards and practices.

Having a Luddite attitude to the technological innovation that crypto has wrought would be very backward. The optimistic, proactive stance to take would be one in which the integration of crypto assets into legacy financial systems is carried out as systematically and transparently as possible. 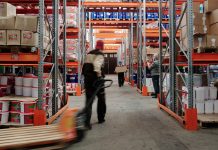 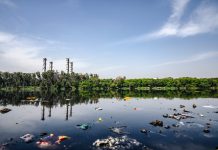 Essays on Nature: How to Save the Planet from Air Pollution 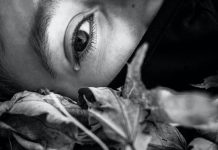