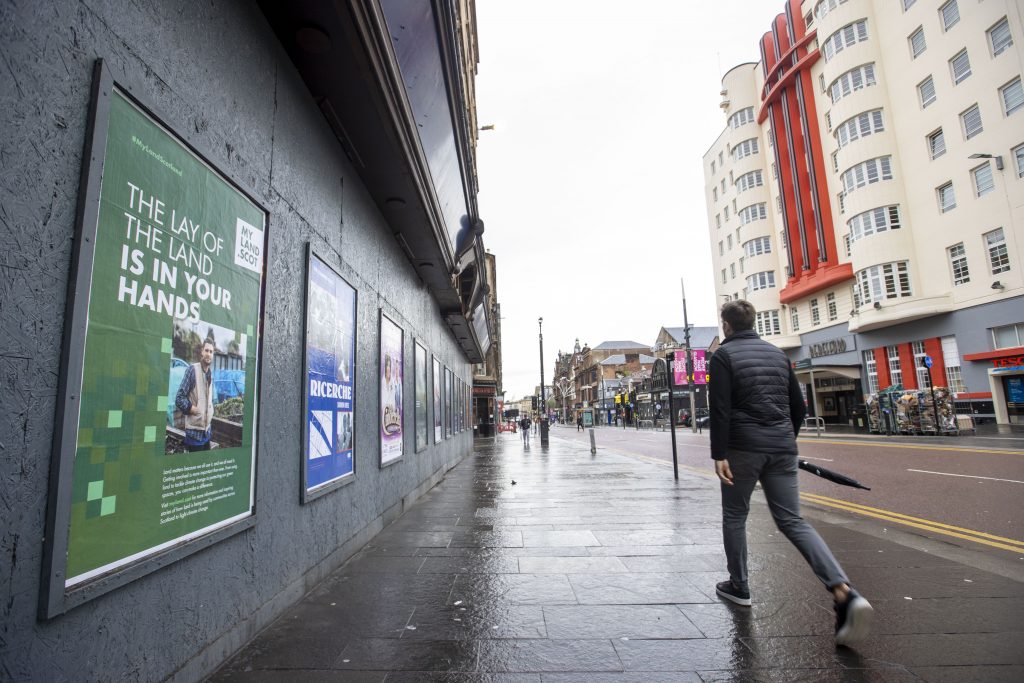 Passers-by are being targeted in a novel campaign to spark public interest in the way Scotland’s land is owned and used – by a series of fly posters which have popped up around Glasgow.

The posters form part of Scottish Land Commission’s MyLand.Scot campaign and have been timed to appear during COP26 to show how communities can use land around them to take climate action.

The posters encourage people to visit the myland.scot website which highlights the important role land plays in the lives of everyone in Scotland, and also includes inspiring stories of groups who have changed the land around them to improve their communities. 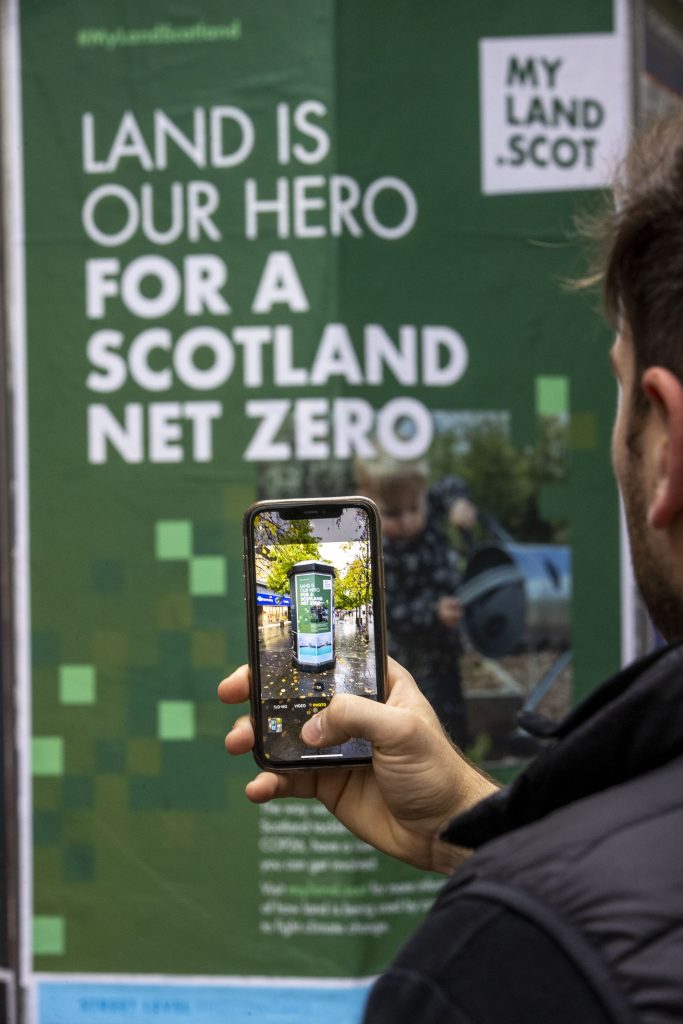 Hamish Trench, Chief Executive of the Scottish Land Commission, said: “We want to raise awareness of the role and benefits land can play in everyday life in Scotland and – as climate change takes centre stage during COP26 – we wanted to draw particular attention to the way it can also contribute to climate action.

We want people who do not normally think about land and the connection it has to climate change, to start thinking ‘Why I should care about land? I can, and have a right to, have a say about the environment around me.

’“Through sharing inspiring stories of what communities across the country are doing to tackle global warming, MyLand.Scot aims to encourage those who are not already engaged to stir an interest in the land around them, the opportunities available and where to find the information and resources to act on these. 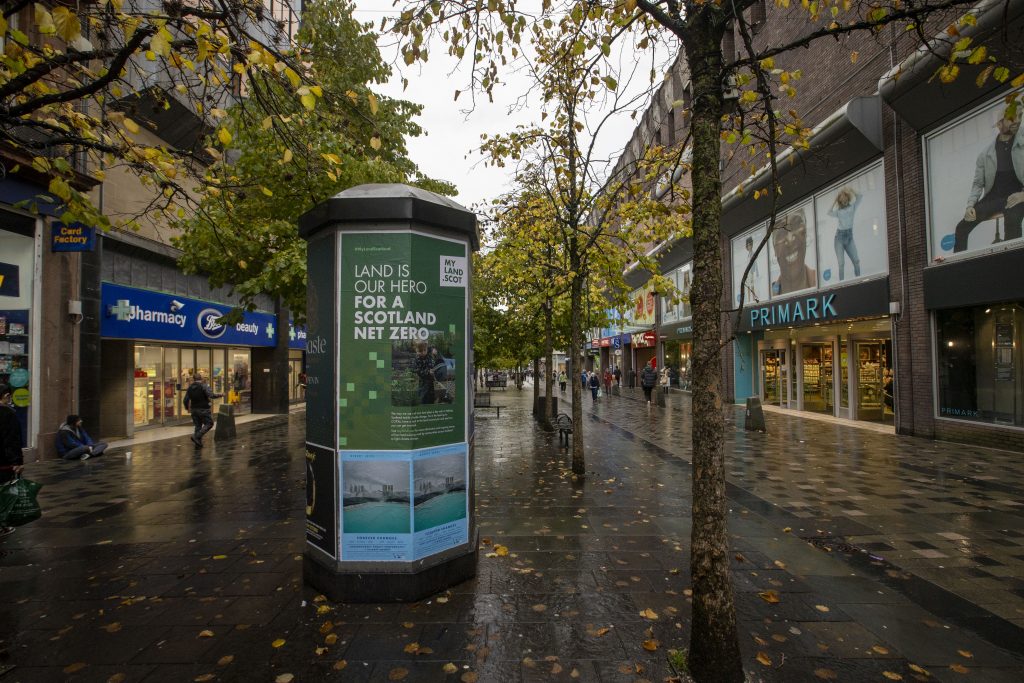 “Be it regeneration projects, education centres, or the preservation of key habitats, there are a multitude of ways that land can be used to help the planet and we want to encourage as many people as possible to get involved.”The posters are featured across 25 different sites across the city including the Sustainable Glasgow Landing – vacant land which has been repurposed for an events pop-up venue during COP26, and will be up for the duration of the conference – targeting an audience who wouldn’t normally engage with land reform.

People are being encouraged to take pictures of the posters and share and tag them on social channels.Launched in 2020, MyLand.Scot is an educational initiative designed to increase the Scottish public’s participation in land reform through a series of case studies, information pages and a brand-new podcast, The Lay of the Land.

The Scottish Land Commission works to create a Scotland where everybody can benefit from the ownership and use of the nation’s land and buildings.