Powerful portraits inspire Scots to step forward for the environment 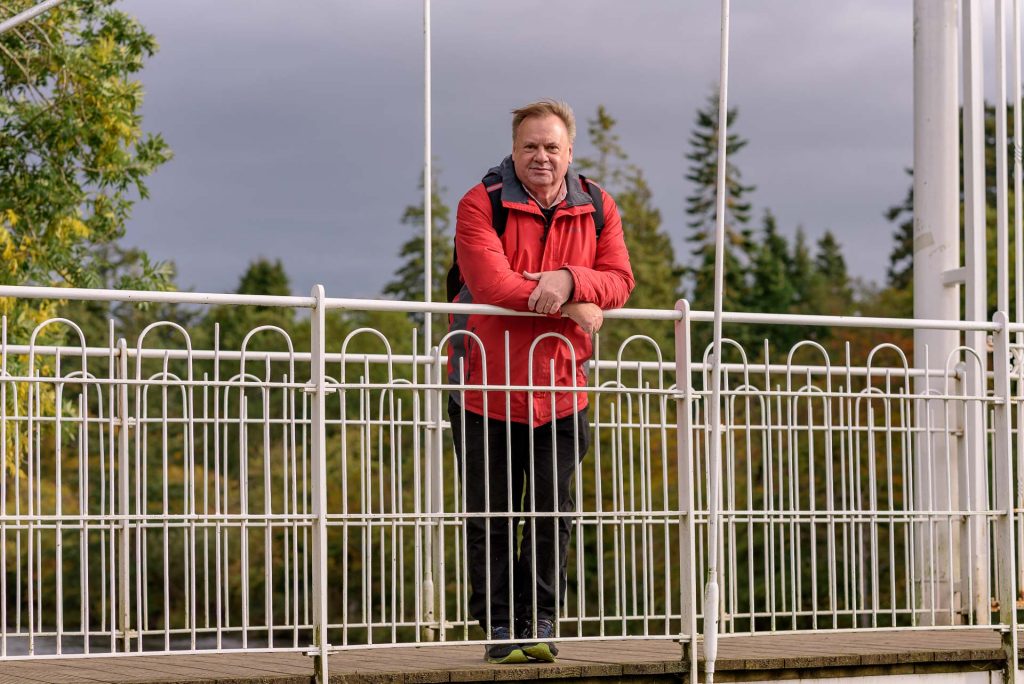 INSPIRING stories of Scots who champion the joy of everyday walking have been featured in an online exhibition launched as COP26 is underway in Glasgow.

Scotland’s walking charity Paths for All is sharing stories from people who’ve experienced life-changing benefits of walking in an online exhibition called ‘Humans of the Walk’.

The gallery of portraits showcases the immense impact everyday walking can have on our health, wellbeing and the environment.

58-year-old and former Head of BBC Radio Scotland, Jeff Zycinski, has been featured in the exhibition after sharing his inspirational story of how walking saved his life on two separate occasions.

Inverness local, Jeff said: “Walking has completely changed my life. I was suffering from various health issues and went to the doctors for advice, it was recommended I take up walking and I’ve never looked back.

“When I began walking I lost a lot of weight and improved my general wellbeing, and so I credit walking for saving my life.”

A few years later Jeff was diagnosed with mouth cancer, and after an intense recovery period he found himself being discharged from hospital in the middle of a pandemic, with reduced speech ability.

Jeff added: “I was determined not to let this hamper my quality of life, and so I used walking to practise exercises given to me by an NHS therapist. Many of these involved the kind of tongue twisters we used to have fun with as kids.

“The outdoors can help to unwind, forget worries and for me, I can think more creatively to solve problems.

“Since my initial health issues, I’ve become a walking advocate and would encourage people to think about taking it up. Even if you decide to actively travel a short journey instead of taking the car, it all adds up!”

Nine individual stories have been captured in locations all across Scotland from different ages and abilities.

Images have been captured by talented photographer Rebecca Holmes and her team, bringing to life individual stories of overcoming challenges, connecting to our natural world and feeling our best. 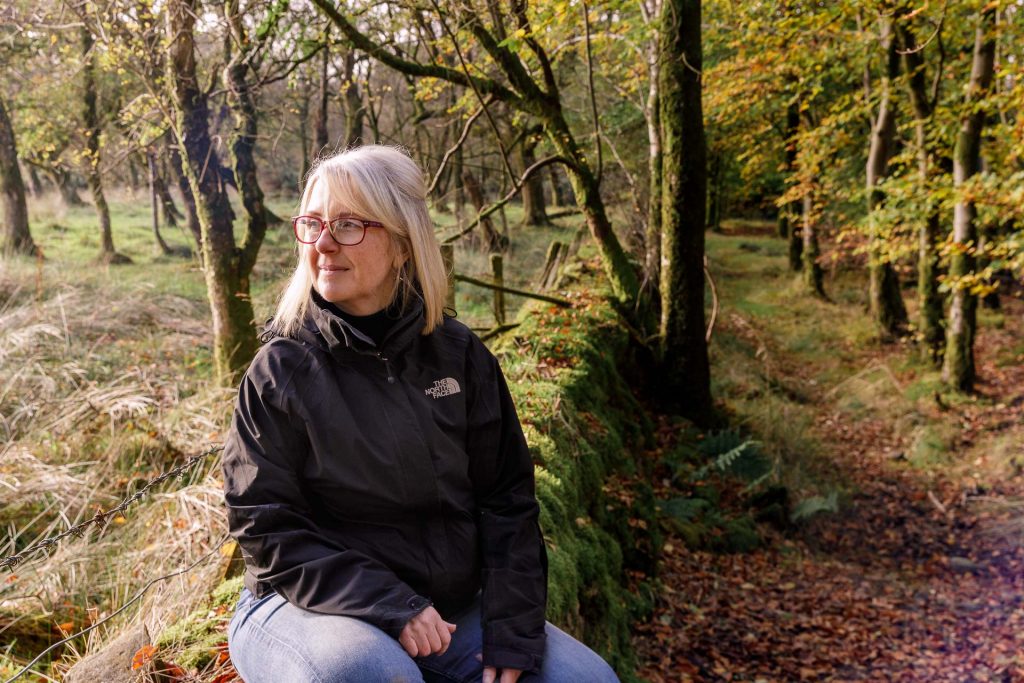 51-year-old Carol Young from West Dunbartonshire has also been recognised in the exhibition after walking became a lifeline throughout her life for mental, physical and environmental reasons.

Carol said: “In my late 30’s I was diagnosed with Endometriosis and an underactive thyroid which resulted in intense surgery, during this time I also had a family bereavement. Quickly, I went from a fitness-fanatic to feeling demotivated, depressed and in physical pain.

“My long-term friend kept asking me to come out on walks but I’d always come up with some sort of excuse, but finally one night she managed to convince me and we went out on a stroll through the local area.

“After one walk, I could already feel the benefits. At this point, I decided to reconnect with my body and started walking around my local community and gradually began to increase the distance.

As Carol’s stamina and health picked up, she started to make the effort to walk to the shops and other local appointments instead of driving and also purchased an old bike.

“Since then, I’ve rediscovered my love for walking and keeping fit in general – it’s been vital for me to connect with who I am as a human being.”

With walking being a passion, and Carol more motivated than ever to reduce her footprint, she made a bold decision to take family holidays in the UK rather than abroad. A typical family holiday now consists of appreciating what the Great British landscape has to offer.

Reducing car travel for short journeys is an important step that Scotland must take to tackle the climate emergency, as car journeys are responsible for 39% of transport emissions. Paths for All promote walking and wheeling as the natural choices for short journeys, or as part longer public transport journeys to make a happier, healthier and greener Scotland.

Kevin Lafferty, Chief Executive Officer at Paths for All, said: “We can all ‘do our bit’ for climate change by walking or wheeling more often to reduce our carbon footprint. It isn’t a chore, the stories here highlight the physical and mental health benefits, and enjoyment people get from walking.

“As COP26 is taking place in Glasgow we want walking to be recognised for what it is – a planet-saving, health-improving force, free and accessible to everyone.

“The ‘Humans of the Walk’ gallery highlights how important nature is to our wellbeing and how we can all play our part in protecting the environments we love. By just walking we can reduce noise pollution, air pollution, and emissions all whilst improving our quality of life.

“As a charity, we want to revolutionise the way people use their cities, and stop our spaces from being dominated by cars. Scotland’s towns and cities should be a backdrop for people walking, wheeling, cycling or simply spending time enjoying nature in cleaner, quieter, calmer streets.

“The Scots who have been recognised as everyday walking champions show just how wide an impact our own individual actions can have – so think of what we could accomplish together.”

Paths for All’s mission is to support people in Scotland to be active every day, everywhere.

The charity works to create more opportunities and better environments for everyone in Scotland, no matter who they are or where they live, to stay active through walking, wheeling or cycling.

To find out more about Paths for All, visit: https://www.pathsforall.org.uk/

Neighbourhood of the future to officially launch in Glasgow