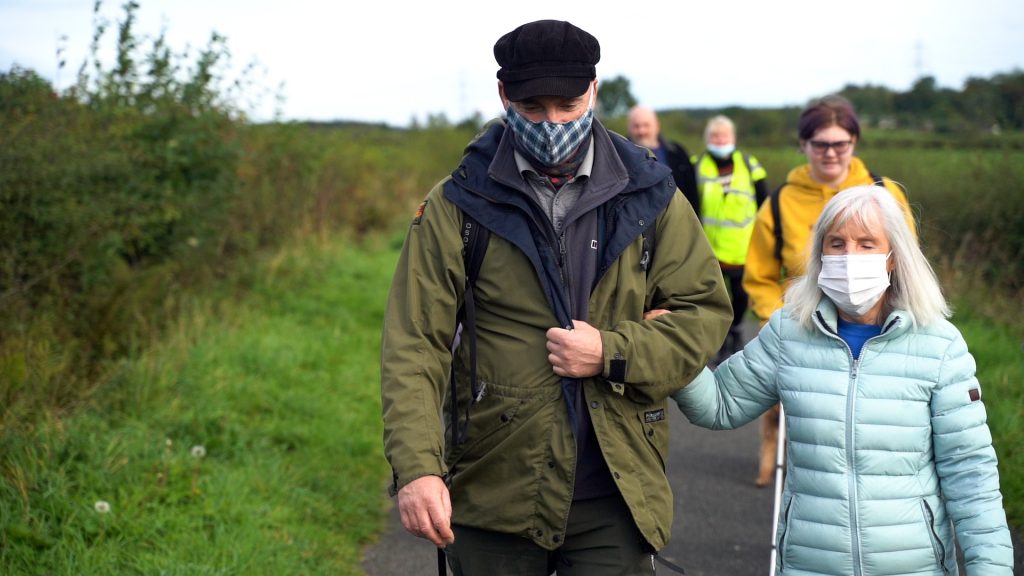 An Ayrshire walking group has gained accreditation for its voluntary services throughout lockdown.

Ayrshire Sportsability joined forces with the Royal National Institute of Blind Scotland (RNIB) to get more people with visual impairments out walking and being more active.

Ayrshire Sportsability has been open for 20 years, and started the RNIB Scotland walking group in April 2021. Since then the 10 group members meet every Tuesday alongside two guide dogs. Starting in East Ayrshire, the initiative has since begun to spread around the country.

As a result of its charitable work Ayrshire Sportsability and RNIB Scotland walking group has been recognised as the winners of the Volunteer Diversity Award at Paths for All’s Volunteer Awards 2021.

Dianne Campbell, who is involved in running promotions and events for Ayrshire Sportsability, said: “Lockdown restrictions meant that a lot of activities for people with disabilities weren’t fully functioning for over a year.

“There is a big social element as well as for fitness. The walking group means that people can come together safely and catch up while they get fresh air. It’s really become a community which allowed people the chance to chat and talk about what is going on with them and if they have any problems or struggles.”

Paths for All also have a Walk Leader training programme, suitable for all, meaning that people with Visual Impairments can take part in Walk Leader courses, and go on to lead their own walks with support from RNIB Scotland.

Dianne said: “Some of our visually impaired members took part in the course; meaning they can lead the walking group, and the walks have been adapted so they can do it safely.”

“Paths for All were brilliant when they were doing the course and the participants really enjoyed it.” 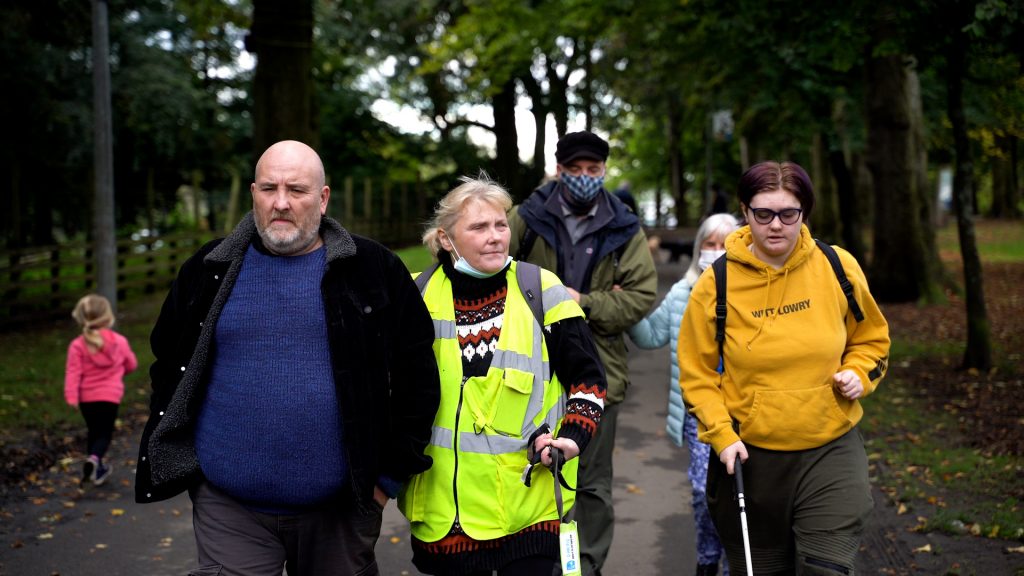 The Ayrshire group were commended at the awards ceremony which was held virtually for the second year and hosted by BBC Radio Scotland’s Fiona Stalker.

Ayrshire Sportsability walking group were among 11 different winners at the 12th annual Volunteer Awards that highlighted the outstanding work carried out by volunteers across the country.

The charity supports local authorities and communities to develop inclusive environments for people to be active; whether walking, cycling or wheeling at their walks.

Kevin Lafferty, Chief Executive Office at Paths for All, said: “Groups like Ayrshire Sportsability highlight the very reason why we host an annual awards ceremony.

To find out more which Health Walks you can join, visit: www.pathsforall.org.uk/healthwalkfinder